Cultivated lands increase in the north, while the south seeks more profitable references

The geography of the production of Italian tomatoes has changed

The campaign of table tomatoes has been underway for some time now and it certainly cannot be said that it is all roses. The reasons for this severe judgment lie in a series of contingent and structural factors that we addressed with Massimo Pavan, one of the leading experts in Italian agribusiness, and who is well aware of the dynamics that govern the tomato sector. 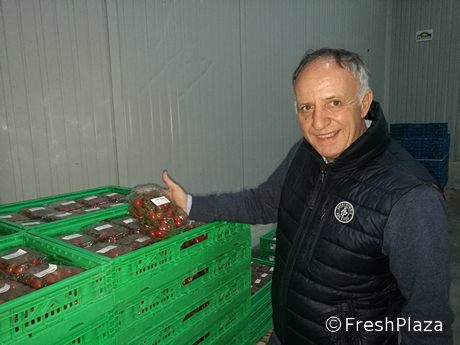 "From a commercial point of view, the last campaign ended quite well - said the expert - and for this new season the prices are quite stable. From August to today, prices have averaged 1.30 euro/kg for the production of the cherry tomato, which, for the Sicilian southeast, is the most representative reference by value. However, we are witnessing a series of production problems ranging from the incidence of climatic events to plant diseases, from Tuta absoluta to all the various forms of viruses, especially in summers with high temperatures. The sum of all these factors led to a reduction in the quantities available and, as a consequence, to a sudden rise in production costs".

Many will also remember the flood of 25 October, which brought the area of Ispica (RG) and Pachino (SR) under water with heavy repercussions on tunnel, greenhouse and open field cultivation; not to mention the damage caused to the structures by cyclonic winds. 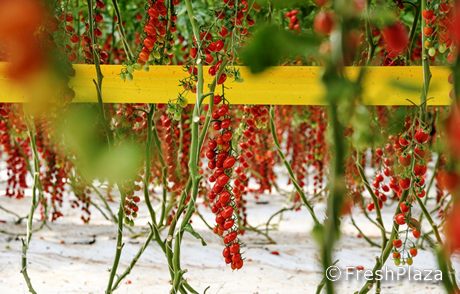 "In recent years - the manager continued - we have witnessed a steady reduction in the production of table tomato, which in Spain has reached 20%. Sicily as well seems to be following the same trend, even if for the moment with a different effect. This is due to the fact that the tomato cannot guarantee the same revenue of a few years ago, and so the producers look for alternative references to cultivate in order to maintain family budgets".

"The situation in central and northern Italy is different - explained Pavan - where cultivated lands for quality production in line with Italian commercial standards, increase every year. These are essentially summer crops in highly technological greenhouses, that help to manage production better, especially in the absence of those excessively high temperatures, typical of Sicily, which are often harbingers of plant diseases that are difficult to counter".

For the prized Sicilian table tomato there is, therefore, a steady reduction of cultivated land, whereas the lands in the north increase mainly due to summer demand, which is increasingly being satisfied. To this we must add that infrastructure and business services on the island have certainly not improved, not to mention the incidence of shipping costs (on average 0.15 euro/kg).