“Uzbekistan could be to Russia what Almeria is to Europe”

The Uzbekistan greenhouse market is a quickly growing market. The combination of political support and a large potential export market in Russia, means that a lot of growers are looking to start producing in Uzbekistan. At the start of 2017 Iker Fiallegas Palacios of Farovon Hayot Kaliti LLC was contacted by some Uzbek investors about a hydroponic tomato project from the Spanish company ULMA. Now a few years into growing in Uzbekistan, Iker believes that there is a lot of potential for the Uzbek horticultural industry. “The sector is growing rapidly, but one of the biggest problems we face is a lack of knowledge.”

Knowledge
According to Iker, the biggest challenge for local growers in Uzbekistan is learning to manage modern greenhouses. “To make a greenhouse profitable a lot of kilos need to be harvested per square meter, but Uzbekistan needs time to learn and evolve,” he says. “It is necessary to train all types of workers, greenhouse assemblers, maintenance personnel, greenhouse workers, hydroponics technicians, managers. Uzbekistan needs to import a lot of its knowledge on this subject, which is a major challenge. No matter how good the greenhouse is, and no matter how good the agronomist, without good workers it is not possible to get good results.”

This lack of skilled workers also leads to big problems when it comes to viruses. “There are big yield losses in greenhouses because of viruses,” Iker says. “The local growers are not able to detect the virus in time due to lack of training, which leads to devastating losses.” 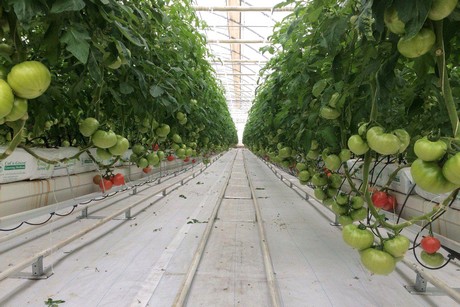 Changes in the Uzbek market
The horticultural industry in Uzbekistan has changed rapidly over the years. When Iker arrived in Uzbekistan three years ago there were almost no hydroponic greenhouses. “In the Tashkent region I managed one of the first hydroponic greenhouses,” he says. “In three years there has been a revolution in this sector. For example, three years ago it was very difficult to get bumblebees for pollination - they had to be brought here from Turkey. Nowadays you can get them without a problem. Every year the conditions are improving for our sector in Uzbekistan.”

Iker says that this is because the overall surface of greenhouses in Uzbekistan is growing year by year. “This means that the sector is developing rapidly, which makes it more attractive for investments,” he says. “Of course, the Uzbek government is also helping this by supporting the development of greenhouses, especially hydroponic.”

The Russian market
The Russian market demand for fresh vegetables and fruit is very important for Uzbek horticulture. “Russian climatic conditions are very unfavorable for the cultivation of vegetables during the winter,” says Iker. “Uzbekistan has the opportunity to be an important supplier of vegetables and fruit, because the climate is more favorable. I sincerely believe that the Uzbek potential in horticulture is very high. Uzbekistan could be to Russia what Almeria is for Europe.” 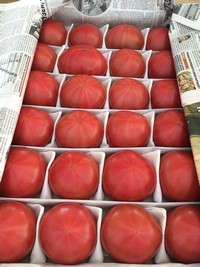 For this project Iker and ULMA built 4 hectares of plastic greenhouses, featuring a hydroponic system with coco substrate. These greenhouses are being used to grow the Pink Paradise tomato variety of SAKATA. “It is a variety that, in principle, is not created for hydroponic cultivation and does not allow for long cycles,” says Iker. “But this variety has a great reputation in Russia, which means that the prices are good. In the previous two years we conducted tests with red tomato and different varieties of cherry tomato, but we decided that we wanted to produce fewer kilos with better quality – so we decided that this Pink Paradise variety is the best option for us.”

At the moment Farovon Hayot Kaliti LLC is not looking to diversify their crops. “I think we have to first look at improving our current harvest,” says Iker. “We can think about diversifying, but right now we are focused on tomato production. Personally I think it is better to be good at one thing than average at many. On top of this, with just 4 hectares available to us it is not logical to grow more than one product.” 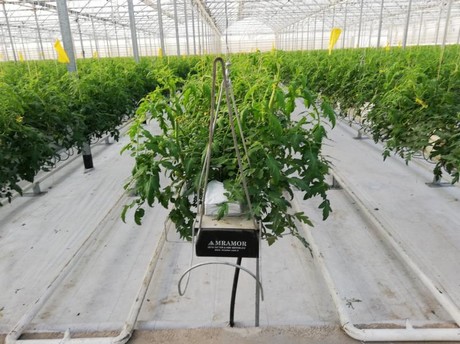 Energy
For this specific project energy in particular was a challenge, according to Iker. “My first concern during the design of the greenhouse was to try to install systems that would allow me to be more efficient, such as thermal screen, a double plastic roof, and rail tube heating,” he says. But generating the heat offered up a new challenge for Iker. “Two hectare of the project is heated with gas, but the other two is heated with coal. Planning with gas is simple, the gas arrives through the pipe to the burner and without much effort you heat the greenhouses.”

But coal is a very different thing. “It is very difficult to carry out an energy plan with coal. Coal varies a lot in quality, and we need good quality to be able to properly heat the greenhouse,” Iker says. “On top of that it is also difficult to get this good quality coal at a reasonable price. The management of coal is probably one of the biggest challenges we face.”

Weather
Another challenge is the weather in Uzbekistan, especially during the winter months of December and January. “We get very low levels light in the Tashkent region during these months,” Iker says. “We get relatively few hours of light and many cloudy days, so managing the plants correctly during this time is very important, otherwise you can lose many clusters and kilos.”

The upcoming years
In the upcoming years of developments for the sector Iker sees a lot of growth. “I am sure the developments in this sector will continue as they have for several years,” he says. “The more important question, in my opinion, is will the quality also increase? I think that the Uzbek have begun to understand that it is only possible to have good results with quality greenhouses and good heating systems.”