"There is still a demand for special peppers"

The Dutch season of red, green and yellow peppers went reasonably well at Gilad Produce in De Lier. "It was a bad year for the jalapeno peppers," says Arjen Bouma. “This was mainly due to area expansion in the Netherlands and imports from Spain, which continued for longer than normal. From our own cultivation, we have the dark green jalapeno that we market as the Black Bullet. It was able to avoid some of this, but due to the large selection of green jalapeno peppers it was not a good season. ”

Grower Aad Hendriks, who is currently climbing the Kilimanjaro

Good season or not, the Black Bullet remains popular according to Arjen. "This popularity shows that, despite the increase in the area of ​​green jalapeno peppers, there is still a demand for special peppers." Gilad Produce is the only one to market the Black Bullet jalapeno brand. "We notice that customers want our label to stand out in the market."

According to the seller, there is currently little imported product on the market. “We expect that this will only start on the third or fourth of November. This import mainly comes from Spain. We export ourselves, together with the Dutch exporter. Our peppers actually go everywhere: retail, wholesalers, catering, you name it. ” 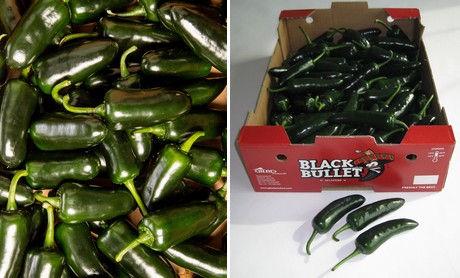 Organic peppers
This increasing focus on health also translates to organic peppers. “Organic peppers are not a big market, but they are emerging. We also offer organic peppers through our partners. I do not expect them to take up the same volumes as the commonly grown peppers, but there is certainly a demand at the moment. Supermarkets offer more and more organic products in their vegetable landscape and naturally peppers are included. ”