Tomato brown rugose fruit virus (ToBRFV) was initially observed infecting net house-grown tomatoes (Solanum lycopersicum) in southern Israel in 2014. Symptoms were similar to those induced by members of the Tobamovirus genus and included mosaic and chlorosis on leaves (figure 1) and discoloration and deformation of fruit (figure 2). These symptoms decreased yield and made the fruit unmarketable. The symptomatic plants were resistant to Tobacco mosaic virus (TMV) and Tomato mosaic virus (ToMV), Tobamoviruses commonly observed infecting tomato.

In 2015, a previously unknown virus was isolated from symptomatic greenhouse-grown tomatoes in Jordan, characterized and designated as Tomato brown rugose fruit virus. Phylogenetic analysis determined ToBRFV to be a Tobamovirus. Thereafter, the isolate collected during the 2014 outbreak in Israel was evaluated via genome sequence analysis and exhibited high genomic sequence identity with the isolate from Jordan. These were determined to be separate geographical isolates of ToBRFV. 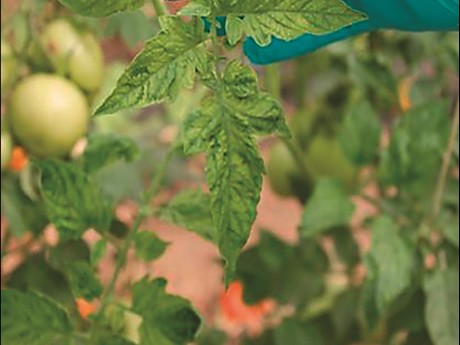 Since 2015, ToBRFV has been detected in China, Italy, Germany, Mexico, the Netherlands, Turkey, the UK and the United States. The rapid spread of ToBRFV is causing alarm within the seed production industry and tomato growers worldwide. Moreover, its ability to overcome the persistent Tm-22 gene conferring resistance to TMV and ToMV in tomatoes has facilitated the enactment of regulatory phytosanitary testing programs throughout Australia, Europe and North America. 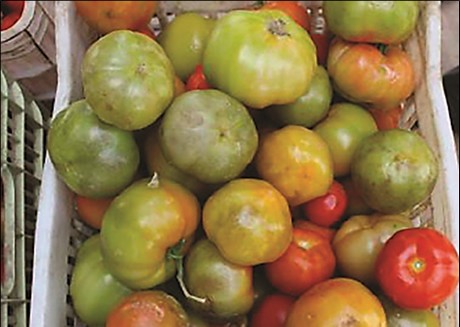 While tomatoes are the primary host for ToBRFV, peppers (Capsicum annuum) are also known to be infected. Many commercial varieties of pepper contain the L gene that confers resistance to TMV and Pepper mild mottle virus (PMMoV). Pepper varieties that do not contain this gene are highly susceptible to ToBRFV, and significant crop losses are possible (figure 3). It is unknown if genetic resistance to ToBRFV in pepper will endure. 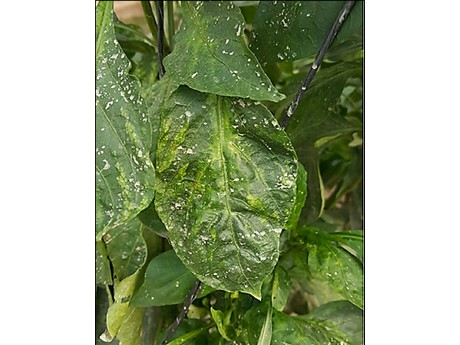 Multiple diagnostic products and services are available for the detection of ToBRFV in seed and plant tissue. Molecular assays such as q-PCR can identify ToBRFV specifically, but a comprehensive screening of all known isolates has yet to be accomplished.  Serological assays such as ELISA will detect ToBRFV, but current antibodies will not distinguish it from closely related Tobamoviruses, such as TMV. Ideally, a singular product for identification of ToBRFV will become available. Moreover, international consensus on protocol and accepted technique will provide definitive analysis. Currently, accepted identification protocol for ToBRFV is variable and can involve the use of both serological and molecular diagnostic products.

Agdia, Inc. (Elkhart, IN) is working to develop antibodies that are specific to ToBRFV for use in ELISA and ImmunoStrip formats. Moreover, Agdia is developing an isothermal molecular assay capable of confirming the presence ToBRFV with higher specificity and more analytical sensitivity than traditional serological methods. Meanwhile, Agdia offers non-specific molecular and serological diagnostic products for detection of ToBRFV. While these products will not identify ToBRFV, they will reliably detect Tobamoviruses and represent a logical and affordable high-throughput screening step in seed health testing programs. Samples that test positive for a Tobamovirus using Agdia’s serological assays can then be tested with molecular identification methods to confirm or rule out the presence of ToBRFV.

To determine viability of existing serological product offerings for ToBRFV screening, Agdia obtained isolates predetermined to be ToBRFV from at least three geographical locations. These included isolates from Italy, Israel and Mexico. Isolates were received in plant tissue samples and evaluated for the presence of Tobamoviruses using Agdia virus group PCR primers. Thereafter, the amplified products were sequenced, and sequence analysis identified the three ToBRFV isolates mentioned above. No other Tobamoviruses were determined to be present in these samples.

A second experiment compared Agdia’s TMV ELISA conducted using protocol recommended by the International Seed Testing Association (ISTA) to the same ELISA conducted using Agdia protocol. Analysis of results revealed an increase in sensitivity when using the ISTA protocol. Agdia states they will continue to test their products against ToBRFV isolates as they become available.