The crop rotation for many horticultural companies is right around the corner. This also means that the taken out crop is shredded and removed. These crop residues often contain plastic. This brings about extra disposal costs for the grower, is socially undesirable and prevents optimum use of residual flows. With regard to the latter, there are plenty of opportunities: for example, tomato leaves as a basis for the production of paper or textile are certainly no longer a ‘remote possibility’. 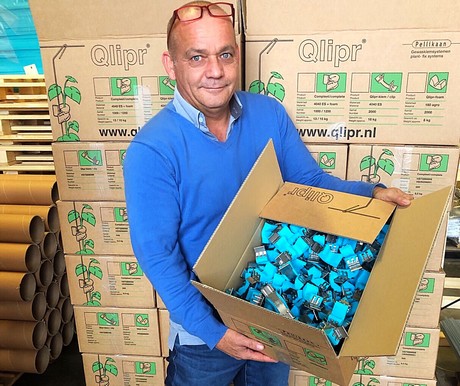 Cor Pellikaan, Qlipr: "At many companies, not only does the crop end up in the shredder, but also plastic clips, truss brackets and synthetic rope. For example, Dutch tomato growers annually remove two billion plastic clips and 864,000,000 meters of plastic rope. They pay about 3.5 million euro each year for their polluted plant waste. And there is a higher price tag on the disposal of crop residues that are contaminated with plastic. And the price difference with processing of crop residues without plastic keeps on increasing: the pressure to produce sustainably is increased ever further and plastic is increasingly more banned. In the Netherlands, but also in other European countries.”

This was the main reason for one of Cor's German customers to opt for the Qlipr system. This consists of a stainless steel crop hook and clamps that will last more than ten years. "The use of plastic rope or clips is therefore a thing of the past," says the German tomato grower, who now has extensive experience with the Qlipr system.

“We want to produce with an eye for our environment and for the next generation. In addition, our buyer demands that we reduce our CO2 footprint as much as possible. The Qlipr system meets this requirement; the foliage does not contain any rope or plastic and can, immediately after cultivation, be shredded and composted in a simple and cheaper way. For free! Previously, we paid around 17 cents in waste costs per plant; so that makes a big difference. For our total company this results in an annual saving of no less than 47,600 euro.” 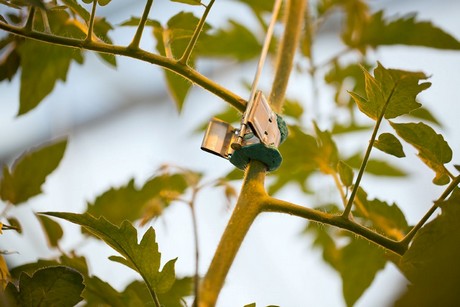 Separating with magnet
The Qlipr system is, therefore, an answer to the unwanted plastic contamination of the removed crop. "Since the Qlipr cultivation method does not use plastic rope or clips, the foliage after cultivation is fully compostable," says Cor Pellikaan of Pellikaan Gewasklemsysteem.

“When the entire Dutch tomato sector switches to Qlipr, this saves 72,360 tons of polluted horticultural waste on an annual basis. And Qlipr has proven itself not just in tomato cultivation, but also in high-wire cucumber cultivation. In addition, successful tests have now been carried out in traditional cucumber cultivation and in the cultivation of peppers."

According to Pellikaan, another advantage is that the clamps are made of a special type of magnetized stainless steel. “With the help of a magnet, the clamps can easily be separated from the crop residues during shredding. The Qlipr system can now be used in almost all tomato and cucumber varieties. This not only provides sustainability benefits, since it concerns plastic-free crop residues, but also a labor saving of twenty percent.” 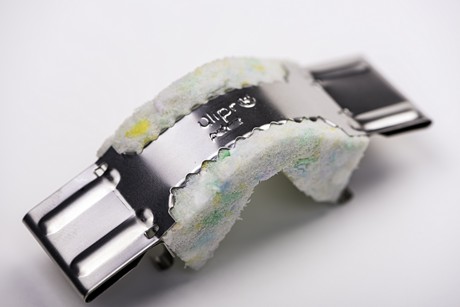 Cashing in from residual flows
A "plastic-free" waste flow, therefore, saves a lot of costs, but also paves the way for the reuse of crop residues. Increasingly, the government is also focusing on this: after all, Minister Carola Schouten of Agriculture, Nature and Food Quality, announced that agriculture and horticulture must make the transition to circular agriculture. "The removed crop residues can be composted and used as a soil improver, but there are also countless other options," says Cor Pellikaan. “Consider the processing of tomato stems into paper, cardboard or textiles. In addition - within the European Bioboost project among other things - the possibilities for extracting substances from horticultural waste streams, which can be used for cosmetics, health and natural crop protection, for example, are being examined. In the long term, plastic-free crop residues will probably yield extra money: as a grower you not only save on disposal costs, but also create an additional source of income. You also contribute to a better and future-proof world. In short: plastic-free crop residues yield multiple profits."