"To make the merger a success, we had to move from three family businesses to one family"

At the push of a button, three Dutch propagators officially merged into one new company last Tuesday. Under the Plantise flag with a combined greenhouse acreage of 56 hectares, the company has become one of the biggest players in the propagation industry. "To make the merger a success, we had to move from three family businesses to one family", says Ilone Ammerlaan, director of the company. 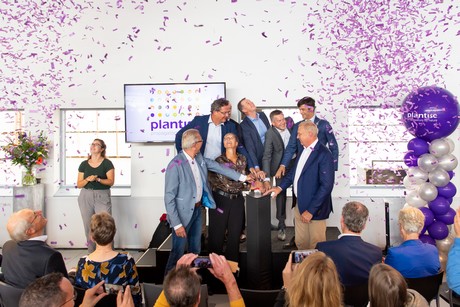 It was a festive day last Tuesday when the merger of Dutch propagators Van der Lugt, Leo Ammerlaan and the Grow Group in Plantise was officially confirmed. Plantise grows year-round on 56 hectares of greenhouse area - spread across seven locations - organic and regular vegetables and ornamental plants for the Dutch and foreign markets. The new combination will have a turnover of more than 75 million euros annually. In addition to the Dutch branches, Plantise also has holdings in, Hungary, France, Tunisia, South Africa and the Philippines, and the company is looking to achieving international growth. 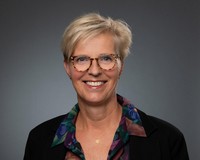 he result might be impressive - but merging three family companies into one is not an easy task. Integrating these businesses into one workable whole takes some time. Ilone Ammerlaan, who has been appointed as director, compares it to transitioning from dating to marriage, with each party contributing its own identity in all areas. “We were dealing with three different finance departments, three different HRM systems, three logistics departments, and so on. There are three of everything. To make the merger a success, we had to move from three family businesses to one family."

Stable base
That also explains why the initial merger date, October 2018, was postponed by a year. The companies prefer to take their time and to make sure the base is stable. The different departments are united now at the new head office (until last month the address of Leo Ammerlaan) at the Irisweg in Bleiswijk, where also the various systems have been united into one Plantise systems.

The names, websites and individual appearance of the three have made room for the 'Plantise purple'. “We first played with the idea of ​​keeping our own names until 2021, but we don't do that anyway. You have to go for it completely." 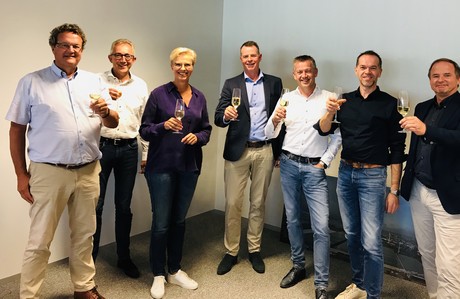 Big player
As mentioned before, Plantise now is one of the biggest propagators in the world. “Perhaps the trick of the plant grower is keeping the highest possible utilization rate. Thanks to the merger, we can immediately handle larger orders, but the challenge of keeping all meters occupied is not getting smaller. Propagating from seeds and cuttings remains our focus in the vegetables, flowers and agricultural crops, but we do not exclude product groups. Ultimately, the customer decides. "

International activities
In their own words, applying focus is therefore very important. “It is important to be able to continue to serve the ever-growing customer. Moreover, that customer is increasingly abroad; due to an increase in scale, the net number of customers in their own country is only decreasing. This merger makes such a focus possible. At the same time, we look ahead and beyond Europe's borders. In addition to focusing on existing foreign locations, we are investigating where the opportunities lie globally.”

Future of organic
Ilone states that its strong market position allows Plantise to invest more in R&D in order to develop new product-market combinations. “We expect even more growth in organic plant and ornamental plants. In this we are at the forefront of the progressive position that we already have. And thanks to the complementarity of the three companies that make up Plantise, we are, more than ever, able to offer the highest quality vegetable and floricultural products all year round. We want to be a good employer for all our employees - whether they are in permanent or temporary employment - and offer them a pleasant working environment in which everyone is given the opportunity to fully develop."

It might be clear: the organic production in Naaldwijk (formerly Grow Group) remains important. Whether total switching is the future and whether the area of ​​organic production in the Netherlands will grow rapidly remains to be seen. “About four years ago I thought it would go faster, but that is disappointing. Ultimately, the consumer has to pay for it and if we don't get it that way, it will be difficult. In the Netherlands, organic in the supermarket barely pays off (as of yet), while some other countries, such as Switzerland or Denmark, are much further ahead. A much larger part of the cultivation there is open ground and the consumer is more bio-minded. But on the other hand, not everything needs to become organic. Organic production also teaches non-organic growers to produce more and more sustainably, while at the same time the market receives that impulse from society and the increasingly strict laws and regulations.”

200 years of experience
Plantise's management consists of five members from the merger partners. Ilone Ammerlaan has been appointed CEO and Harry van der Linden CFO. Plantise's head office is located at Irisweg 40 in Bleiswijk. Plantise has 190 permanent employees and 400 FTEs in a flexible shell. The merger unites more than 200 years of plant breeder experience. In the last place; it is hoped that a merger will result in a kind of cross-fertilization and that the increase in scale and internationalization will open new growth prospects for employees.