Labor, production, shelf life and taste are the key points for the new tomato variety

A large vine tomato that is more interesting than the standard variety in every single way, a Santa with great taste and a high production rate and a vine cherry tomato that has enough flavor to blow your socks off. These are three of the novelties that Axia Vegetable Seeds showed the growers on the open day, held on the 3rd of October at the World Horti Center.

Mixed packages
Although not yet taken as far as in the American market, where the mixed packages can’t even be given away, the colored vine cherry tomatoes are on the rise in the Netherlands. In Axia Vegetable Seeds’ test greenhouse enough can be found: yellow, orange, brown, white-yellow, all cherry tomatoes that can be cultivated for a vine or loose. 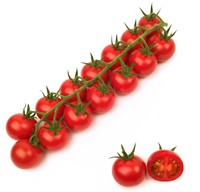 Vine cherry Xavy (14 to 15 grams) will be making its move both on a national and international level. To do so, the flavor is the most crucial factor. “The unique thing about the Xavy is that it keeps its flavor and even gets a little tastier after cultivation”, says Cees Kortekaas. “Which is important to the eventual consumer: who doesn’t eat the tomato strait after cultivation, but only after the tomato has made its way through the supply chain which can take up to a week. More and more focus is put on this aspect of cultivating.”

Taste segment
Another outlier in terms of taste is the HTL1709081. “A taste like that you wouldn’t suspect from a tomato like this. The taste consists of a balance of brix, sourness, and herbal aftertaste, which makes this tomato very unique.” This tomato will now go in for testing, as will the Santa HTL1708146. “Great taste and a high production”, is how René Zwinkels summarizes it. 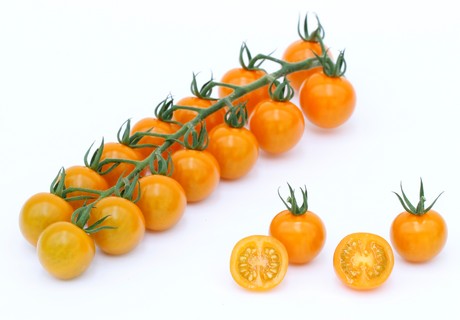 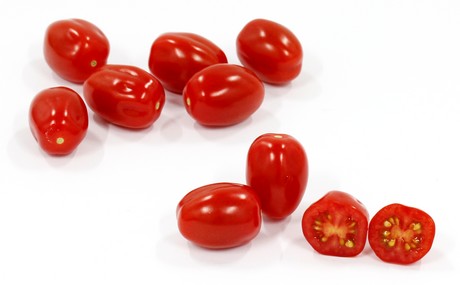 The specialties are expected to see a slight growth in the upcoming years. New buildings in the Netherlands will be placed for the cultivating of large vine tomatoes. However, at the same time, some of the areas used for large vine tomatoes will go towards the cultivating of specialties instead. In the Belgian market, which has shown steady growth for years, there will also be more areas added for cultivation.

Labor and production
In the Dutch market, labor and production remain essential factors for the large vine tomato segment. “Those are the key-points. Calculations are made to the third decimal”, says Marco. With that, they have a compelling novelty: the HTL1505394, a large vine tomato. “It’s a little better at everything when comparing it to the standard variety”, Marco summarizes. “The HTL1505394 has a higher production rate, better quality and even the taste and color are better.” The variety is now in the pre-commercial state and will start being tested.

In Axia’s testing greenhouse the already known varieties can also be found: Axxy, Axiradius, Mediax Sunmax, and the Xandor. These varieties and countless other test varieties can be found at the World Horti Center on the 3de of October. 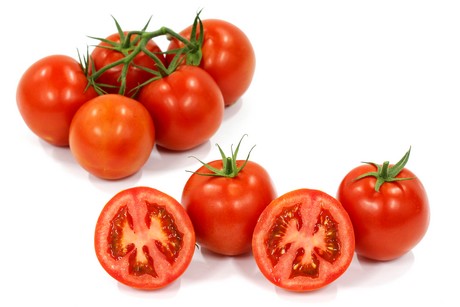 ToBRFV
Besides the enthusiasm for the beautiful new varieties, there is also less pleasant news which is nevertheless for breeding companies at the moment. Plant health and resistance has been an important topic with breeders for years. The ToBRF virus, on the other hand, is a relatively new, but critical topic to discuss seeing the viruses' impact on the industry. Growers keep their doors shut and are skeptical about visiting other testing or regular greenhouses. “This is part of the reason why we have the open day at the World Horti Center”, says Cees. “Growers can visit the testing greenhouse individually. This way, we can control who goes in and out of the greenhouse, and I am convinced that in doing so, we can keep the virus out.”

With YouTube videos, containing extensive data on the varieties and the performance, they keep the growers informed about the novelties and developments during the season, even without needing to visit the greenhouse.

However, there is more afoot. Tests with growers are of the utmost importance for the breeding process. Planning these tests this year has been harder to do than in previous ones due to people fearing the virus. “This slows down the sector's progress and even the eventual introduction of new varieties. We try and keep our tests as objectively as possible, but in reality, this doesn’t always pan out”, Cees summarizes. “We want to keep developing varieties that can improve the market for growers in our sector. That is why the input from the sector is something we simply can’t do without.”