Growers believe suspension agreement on other items would devastate US growers

The newly drafted and updated Tomato Suspension Agreement between the United States and Mexico was signed last week. With this in place, the 17.56 percent duty paid by importers of Mexican tomatoes is set to cease along with the investigation into alleged "dumping" practices of Mexican growers.

Growers comment in favor of both sides, but it has been noted that such agreements are not in place for other commodities commonly grown in Mexico and exported to the United States - for example, cucumbers and peppers. The focus has been on tomatoes and the assertion that Mexican growers have "dumped" tomatoes into the United States at very low prices.

Some US growers feel that the termination of the old suspension agreement and drafting of the new is bad for domestic growers. "This suspension agreement is not good for US farmers," said one grower who did not wish to be named. "It gives Mexican growers a huge advantage and basically changes up the rules so that they don't have to abide by them."

The grower said that the previous suspension agreements have not worked, so there is little optimism the new one will have any effect on what they see as unfair trade practices by Mexican farmers. "It's not about the money," he said. "There are so many parts to this agreement and it will only have a negative effect on US growers and consumers." 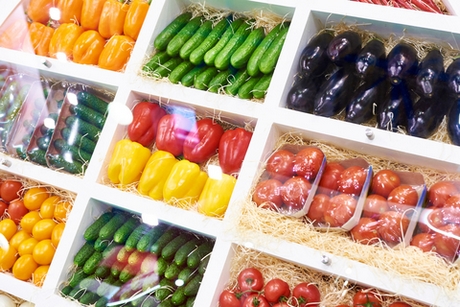 "Farming would become nonviable"
According to the Department of Commerce, there are currently 22 antidumping and countervailing duty cases in place between the U.S. and Mexico (nine against U.S. products and 13 against Mexican products). So far, none of these have had any impact on the other produce items mentioned earlier. The grower that FreshPlaza spoke with said although it has been pushed, there is currently no mention of having a similar agreement with other produce items.

"They have been pushing for it for a while for cucumbers," he said. "We don't know why there isn't an agreement on other commodities like cucumbers. It's bad enough that this agreement is in place on tomatoes. Thank goodness it's not on peppers and cucumbers and other items, otherwise it would become nonviable for US growers to farm."

He concluded by saying that there is a lack of understanding about this among consumers. "They don't know much about it, however they, along with US growers, will end up as the losers."