Heat issues cause US broccoli market to spike

The broccoli market in North America has taken a turn, with the last couple of weeks seeing higher prices. Supplies have been hampered by persistently warmer than usual weather in the growing regions, including Salinas. Suppliers have noted a drop in quality as some of the crop succumbs to heat.

"We are seeing very high markets on broccoli due to heat issues mainly in Salinas," said Vince Rosa of V&H Fresh. "This has burned some of the crop and made it unusable. Canada has also had some issues, resulting in a tightening of supplies."

Rosa said prices are in the $20s while Mexican broccoli is in the $15 range. The general feeling is that the market has now steadied though, as demand has been stymied by the spike in prices. "Demand is a little slower so we feel the market has steadied somewhat," Rosa noted. "The weather has cooled in Maine and Canada this week so we predict that supply should come into a more comfortable range again soon, with demand balancing out the market."

Market to remain steady for now
Now that prices have risen to high levels, suppliers are expecting a relatively steady few weeks. This will be highly dependent on the weather moving forward. Additionally, the transition to the desert region will occur in early November, which will likely result in further uncertainty to the market. 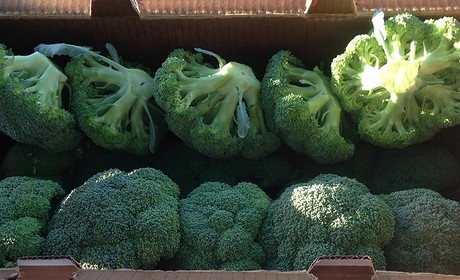 "We will start our transition to the desert in Arizona about six weeks," Rosa said. "Early volumes may have a few issues because temperatures are still very high there at the moment. For now we think the market will remain steady for the foreseeable future, but future weather will ultimately dictate the direction of the market."

Strawberry program in Mexico starting soon
Aside from their broccoli program, V&H Fresh will also be starting their strawberry season in Mexico shortly. Picking should begin towards the end of October, Rosa shared, adding that the company will be looking to build on what they enjoyed last year.

"We will have 250,000 flats of beautiful strawberries coming out of Mexico, continuing on from the great run we had last year," he said. "We are looking forward to delivering this again this upcoming season. Last year, a run of hurricanes during this period created a strong market. Everyone will be watching the tropical storm activity closely - particularly in Florida."