DOGK: Breeders and growers are expanding the variety scale together

Specialties and ecofriendly cultivation will determine the future of the pepper

In many parts of Europe, peppers are the second most popular type of vegetables in the trade; only tomatoes are more commonly picked from the vegetable shelf. In Germany and Austria in particular, these vegetables have a unique priority, but also in this country there is currently an interesting trend, as the breakout forum at the DOGK showed: Instead of the well-tried "traffic light" packaging with block peppers in three colors, now specialties like Snack and Spitzpaprika are being introduced to the trade. 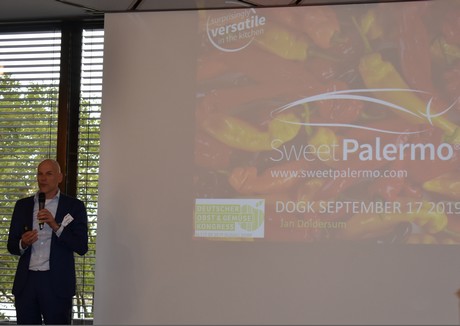 The first speaker was Jan Doldersum - Chain and Retail Manager at breeding company Rijk Zwaan. He presented the new trends around the proven Sweet Palermo brand, which has also acquired prominent shelf space in Germany over the years: "We focus on three pillars during the breeding process: taste, versatility and convenience, so we're not just trying one wide variety range for every taste, but also several sales concepts in different colors. "

From block peppers to specialty cultivation
Peter Schaich - sales manager of fruit vegetables at Enza Zaden Germany - also devoted himself to the future of pepper cultivation. He also gave the audience an insight into the interesting history of the vegetable. In the '80s, the peppers changed from a hard and bitter vegetable to a sweeter and shinier commercial product. In the following years, the Tricolore concept - three colors of block peppers in one package - was introduced to the German market. "The cultivation in Germany started relatively late, but has developed strongly in recent years," said Schaich. 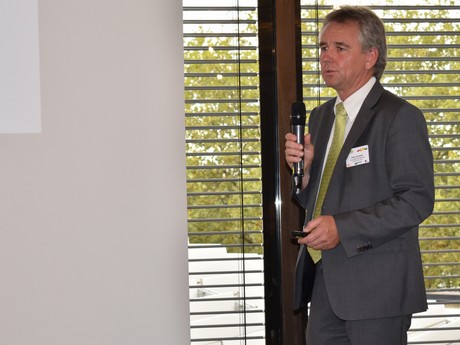 In 1997, the breeders - u.a. Enza Zaden - Its task is to develop modern, attractive types of peppers for international cultivation. Future varieties should be as sweet as possible, contain few seeds, are suitable for convenience purposes, offer added value to the trade and, last but not least, be offered in PoS's proven Tricolore packaging. "As a result, we saw strong growth in 2005 in the two manufacturing countries of Spain and Mexico."

Just 15 years later, it is slowly but surely time for the next step. The block peppers are now available year-round, either Spanish or Dutch. Germany is considered a regional alternative, especially in the matter of bell pepper specialties. Schaich: "In addition to the tried-and-tested block peppers in the tricolor or traffic light packaging, specialties such as pointed and snack peppers are now also on the menu." Germany is one of the pioneers, claims the expert. For 12% of the current German acreage is geared towards specialty cultivation compared to 6% in Dutch cultivation.

Spain: Pesticide-free cultivation & extension of the variety scale
Javier Diaz Sanchez of the Spanish cooperative Agroiris provided an insight into the local cultivation. On over 40 percent of their acreage is now grown peppers, of which 75 percent California types. Nevertheless, new types of peppers are catching up quickly, according to the sales manager. "Our current focus is clearly on biological pest control, product traceability, water balance, and cultural integration," says Diaz Sanchez, outlining the current requirements for Spanish agriculture. 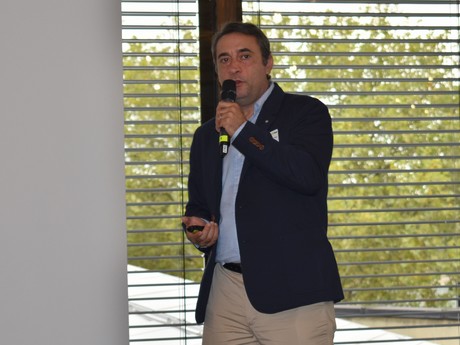 The future goal in times of climate change and changing consumer behavior is to cultivate high-quality peppers without pesticide use. "We can already guarantee a year-round supply to international food retailers. Now we are making an effort to cultivate environmentally friendly and consistently place new, modern varieties on the market."