Today the Horti China kicked off in Qingdao, China. Horticulture is growing in China, and the many companies present not only show the current market but also the promise of what is to come.

If there is one thing the companies present are sure of, it's that Chinese horticulture will grow even faster in the very near future than it is doing now. The industry has to deal with hiccups, but the potential is very big, and the support of the government in realizing this is serious. The question is not if, but when this will happen.

The show comprises international suppliers for whom having a trustworthy local partner is key, and many local suppliers active in all parts of the greenhouse supplying industry. 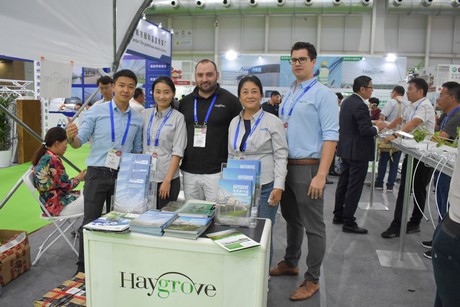 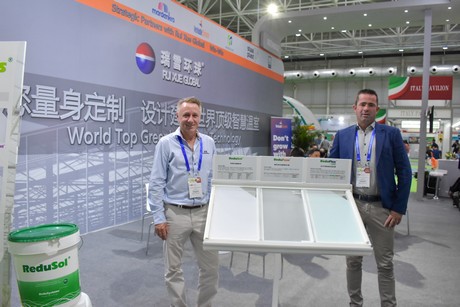 Roger de Jaegher with Mardenkro and Michel Kauderer with Verkade Klimaat. Together with Horti XS, Staalplast, Horticoop & Priva they are present at the show and in the Chinese market. 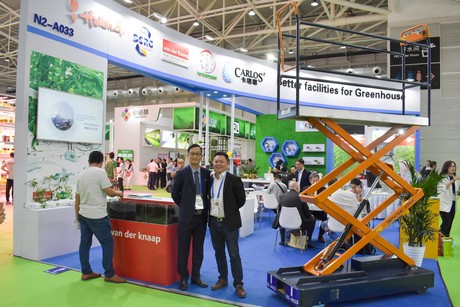 Various companies are represented by Chinese company Carlos, owned by Louis Zhang. Amongst them Van der Knaap with, in the photo, Mao Liu of course. 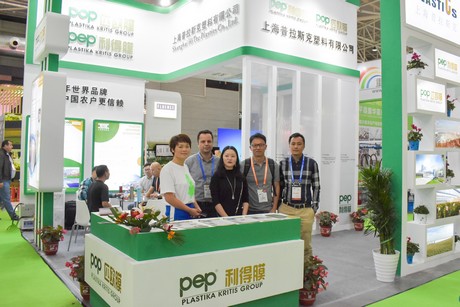 Paulus Verroios and the team with Plastika Kritis, currently expanding their production facilities in China

Peat Forum
A few days before the Horti China exhibition started, a field excursion and symposium for the peat industry were already hold as an introduction for the exhibition. On September 18th, the 2019 International Peat Symposium was grandly opened in Qingdao. Nearly 200 people from around the world, peat producers, agents, peat users, experts and scholars, government leaders and experts all attended the meeting. New insights and developments were shared about the current peat industry. 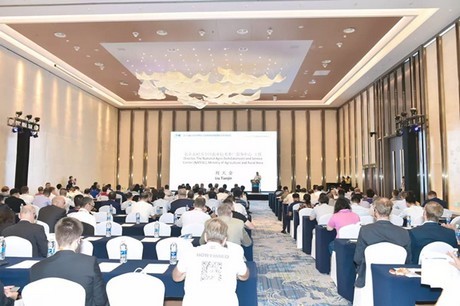 On September 17th, the symposium arranged an on-site field excursion to Qingdao Green Silicon Valley, Joyvio Blueberry Seedlings and Zhucheng National Agricultural and Forestry Seedling Breeding Base to enable participants to understand the level of Chinese peat application technology and broaden the industry vision. The field excursion was well visited, and people were really interested in how the Chinese peat industry is working. 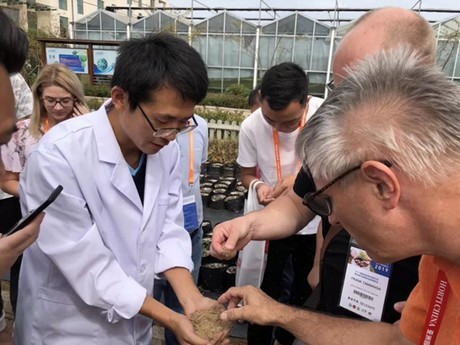