Hydrocultures have been making rapid entry into the (Northwest) European trade for several years. In Switzerland, there are currently three farms that are involved in hydro-cultivation. Of these, Wyssa Gemüse is the only one who cultivates hydroponic crops outdoors without covering. Headquartered in the canton of Friborg (Galmiz), the innovative family-owned company has been offering the products for more than three years. It is, despite a number of marketing hurdles, seeing an increasing demand for modern fresh vegetables, says Junior Chef Christoph Wyssa.

In 2006, his father, Thomas Wyssa, made inquiries into the then brand new hydropower cultivation in the "greenhouse paradise" that is the Netherlands. About ten years and many attempts later, it actually came to the first planting of hydroponic crops in Galmiz. So far, the product range includes six varieties, namely Trio salad, Butterhead Lettuce (regular and red varieties), Oakleaf (red & green) and Batavia salad. "Our hydrosalads are planted in early March, and the first ones are usually harvested from mid-April onwards, so we can usually deliver fresh salads from our own hydroponic plant well into October," says Thomas Wyssa. 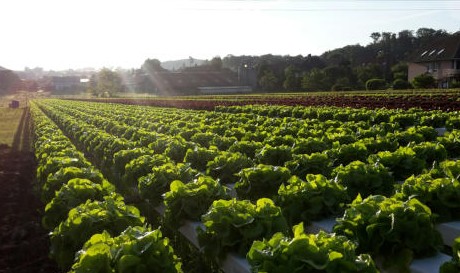 Hydro cultivation in the field
The products are still being grown on an area of ​​approx. 0.5 hectares. The goal is to replace this extremely weather-dependent cultivation technique with secure greenhouse cultivation. "We tried to cover the hydro cultures with fleece, but this protective cover ultimately crushes the lettuce. If everything goes according to plan, we will be able to grow the lettuces in the greenhouse in just a few years, thus becoming able to supply fresh hydroponics all year round. "But even in the field, the benefits of the new cultivation technology are already noticeable:" We have fewer diseases in the cultures and we achieve a higher yield per square meter." 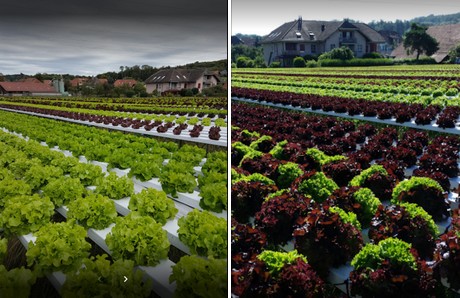 At the moment, the Wyssa family only cultivates an open-field area. However, the plan is to build a greenhouse of 2 hectares, of which 1 hectare will be intended for of hydro lettuce, cucumbers and lamb's lettuce. / Picture: Wyssa vegetables

Hydroponics at the PoS
Main customers of the Hydrosalate are regional Migros branches. There is a clear interest on the part of food retailers, says Wyssa. "The retail chains are selling both regular and hydro-cultivated lettuces, which is why consumers are unaware that they are buying hydroponic crops." Although the consumer primarily has a slight aversion to the product because it is no longer produced in soil, people are enthusiastic about the cultivation technique itself. "Unfortunately, the benefits 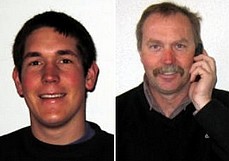 and advantages of hydro-construction are under-emphasized in the shops," says Wyssa.

Pioneer in vegetable production
Wyssa Gemüse was founded in 1929 and has a vegetable production on 22 ha. In addition to the cultivation of hydro lettuces for Migros, the long-established company has also been supplier to Lidl Switzerland since 2015. On behalf of the supermarket group, vegetables from in-house production and regional producers are processed and packaged. In addition, it was the first Swiss vegetable farm to cultivate pakchoi and conventional salsify. As far as pakchoi is concerned, the company is still the market leader in Switzerland.