The bell pepper market in Italy has not been doing very well over the past two years as it is affected by imports (mainly from Spain) and due to the production conditions of last year in particular.

"The Spanish produce is not only sold on the fresh market, but also to the processing industry," explains an operator. 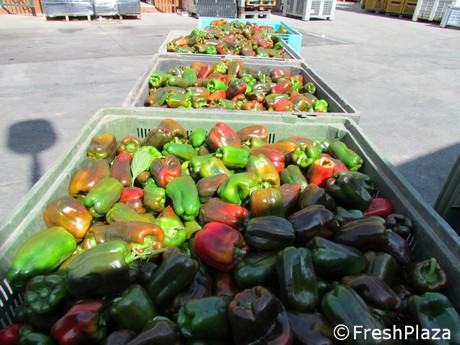 Last year, the drought followed by rain caused many diseases that led to a drop in yields per hectare and businesses lost a lot of money. "Yet the market maintained prices low also due to the pressure of the produce imported from Spain. Therefore, producers were rather discouraged at the start of 2019 with plans for fewer quantities both in greenhouses and open fields."

According to the operator, other problems also ensued, the bigger one connected to labor. "Laws on 'caporalato' with stricter criteria and heavy sanctions if standards are not met have made things complicated for producer companies. The harvesting of bell peppers is performed by hand unlike transplants, which are mechanical."

This year, because operators are interested in this crop, new areas have been planted. "Bell pepper cultivation was introduced even to the Crotone plain, where it didn't exist. In addition, the Metaponto area is also growing, and even Salento." A drop was registered where the crop was already popular (Foggia, Umbria and Emilia-Romagna). 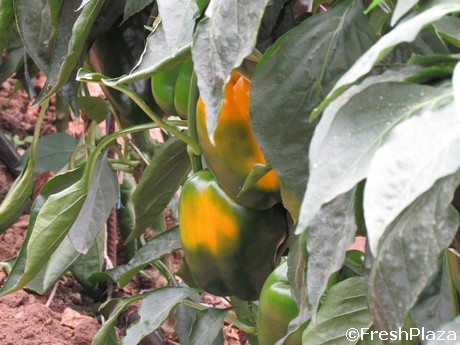 The current situation
"Although prices are not what they should be, the open-field campaign is in full swing with a strong production of greenhouse produce as well in Campania, Verona, Piedmont, Sardinia and Umbria. Of course, the peak moment is around twenty days late, as it should have occurred around 23rd-24th August. This is due to the weather, which delayed transplants. In Foggia, for example, harvesting is about to start. The produce from Sicily and Metaponto will become available from mid-October/November."

Competition comes not just from Spain, but also from the Netherlands with Blocky bell peppers.

Another aspect that must be stressed is the good health of the crops. The drought in summer meant there have been no fungi or plant deaths, so yields per hectare are expected to be good.