Positive interim conclusion after the first day of Interaspa

The North German specialist event for the asparagus and soft fruit sector Interaspa opened its doors yesterday (Wednesday, 04.09.). Exhibitors from the areas of finishing, packaging, processing and cultivation technology exhibited at the premises of the Hof Oelkers in Wenzendorf. Despite the cloudy, slightly rainy weather and the manageable number of visitors, Fred Eickhorst - managing director of the organizing Asparagus Handels- und Vertriebs-GmbH and the association of asparagus and berry growers - drew a positive interim balance. 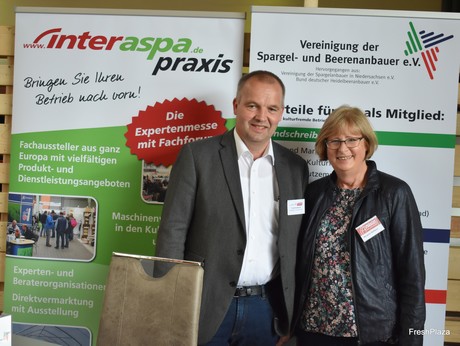 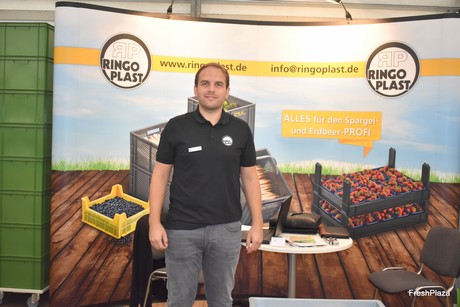 Manuel Hangbers from RingoPlast presents examples from the wide range of transport packaging.

'After the harvest' is 'before the harvest'
The exhibitors from the various departments were also in a good mood. Some praised the timing of the trade event - which takes place every two years - immediately after the end of the asparagus and berry season. 'After the harvest' is 'before the harvest', exhibitors and trade visitors know. "Those who are here are already preparing for  next year. This means that September is the perfect time to showcase new machines, packaging and grades," one exhibitor summarizes the dominant view. 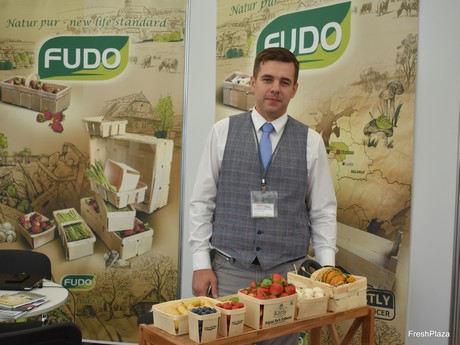 Thomas Paulovitz of the Lithuanian company Fudo exhibits for the first time at Interaspa. 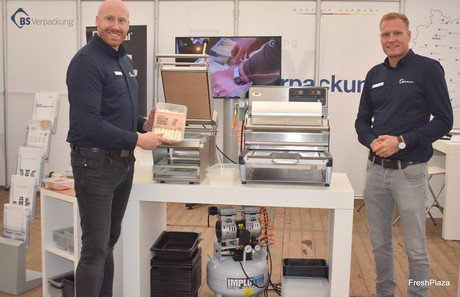 Modern packaging solutions and efficient applications are also a hot topic in the asparagus and berry sector. Lars Pahl and Andre Rinne of the company Boss Vakuum / BS Verpackungen deal with this topic continuously.

Demo field with added value
Also for the representatives of the international market the Interaspa probably more and more important, one confirms on demand. The majority still comes from Germany and the Netherlands, but there are also companies from the rest of Europe - u.a. Italy and Eastern Europe - increasing their way to northern Germany. "We discontinued our presence at ExpoSE this year, instead we are exhibiting here for the first time," said Tomas Paulovitz of Lithuanian wood basket maker Fudo. 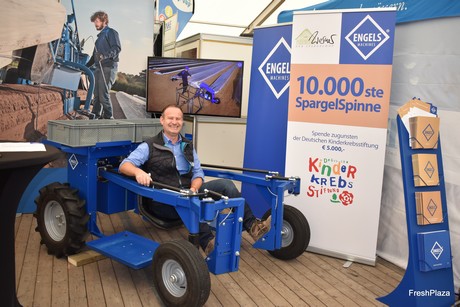 According to Ton Smolders of Engels Maschinen, Interaspa offers their exhibitors a clear added value compared to 'purely stationary' events through the demo field. 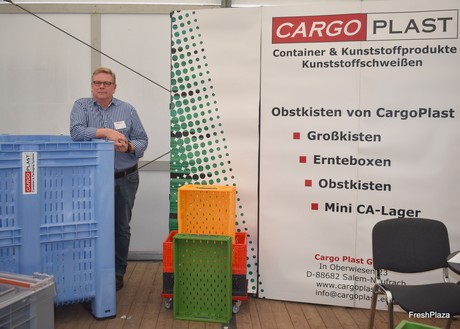 Many companies regard Interaspa as a supplement to the later ExpoSE event in Karlsruhe (end of November). "The demonstration area outside on the field offers us and suppliers of harvesting technology the opportunity to demonstrate machines in practice. This is a clear added value compared to purely stationary events," says Ton Smolders of the Dutch company Engels Maschinen.

The full picture gallery and the editorial will be available tomorrow (September 6th) at Freshplaza.de