Tomato brown rugose fruit virus (ToBRFV) was first identified in Israel in 2014, but has since spread to Europe, east Asia and the USA.

Once the symptoms are detected, the grower has no option but to destroy the crop in a bid to try to contain the outbreak.

But CambridgeHOK is giving hope to the UK’s tomato growers with an innovative solution it has devised alongside one of the sector’s biggest producers.

The company, which is based in East Yorkshire, has designed and built a steam sterilisation unit which is helping APS Group to minimise the risk of ToBRFV and protect its future crops. 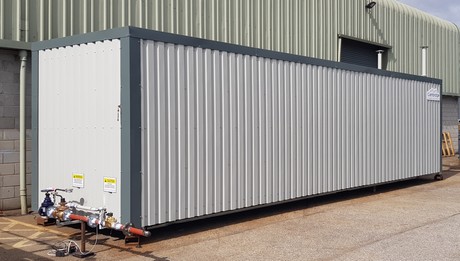 Ross Hibbs, commercial director of Cambridge HOK, has played a major role in the project. He said: “ToBRFV is a huge problem for tomato growers. It has the potential to devastate crops very quickly and it can remain in leaf debris, seeds and soil for months, meaning it is incredibly difficult to get rid of.

“It is easily passed between glasshouses and between sites, so unsurprisingly, producers are keen to develop new solutions that will effectively control the virus.

“As we work extensively in the glasshouse and vertical farming sectors, we have a lot of experience with fruit and vegetable producers and as such, we were approached to help design a solution.

“By working closely with the company to understand the virus and its effects, we have created a sterilising unit which is helping them to control ToBRFV and protect their crops.”

Mr Hibbs said one of the major challenges they faced was that ToBRFV is able to survive outside the host plant, meaning it quickly spreads via contact with plant trays and crates, and other equipment.

Another issue for the company was that the virus has a tough outer wall, making it impervious to standard chemical treatments.

CambridgeHOK built the unit out of a shipping container, completing the whole job, from order to installation, in under three weeks.

Now, all the packaging, plant trays, crates and other equipment used in APS’s glasshouses are sterilised at 95oC for five minutes before each use, to ensure the virus cannot spread. 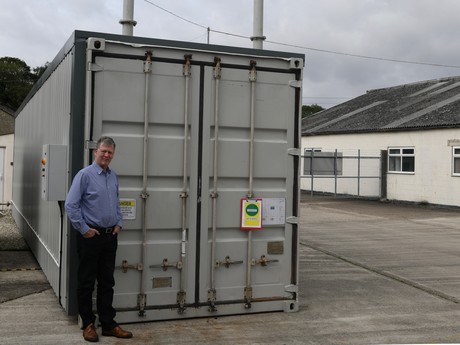 Mr Pearson said: “APS Produce has invested in a number of steam sterilising systems across their UK Nurseries, to ensure that any packaging entering their tomato glasshouses is virus free.

“Each of the steam treatment units, supplied by CambridgeHOK, allow us to sterilise 26 pallets of returnable trays per session, in under an hour, including loading and unloading.

“Cooking the trays, and any other products used in the glasshouse in this way, is a safe way to prevent any possible ToBRFV carryover between packhouses, and the crop.

“The system can raise the temperature of every tray above 95˚C and guarantee that the whole batch are sterilised.

“Research into effective sterilising systems, chemicals and processes to mitigate the risk from ToBRFV is underway, initiated by the British Tomato Growers Association.

“However, until the results of this work are published, using high temperature treatment, through the use of steam, is the best way to ensure that the risk of virus infection from returnable harvesting trays is eliminated.”