Developments at campus moving much faster than expected

In order to facilitate further growth, Brightlands Campus Greenport Venlo will be expanded with the addition of a Bright House (offices and laboratories) and a Bright Village (workspaces). The new buildings are intended for start-ups, entrepreneurs, knowledge institutes and research institutes interested in setting up a presence at the campus or which are already based there and are interested in expanding.

The construction involves an investment of 22.6 million Euros. With a contribution of 17.6 million Euros, the Province of Limburg will handle most of the financing, and the Municipality of Venlo will be investing 4.4 million Euros. The buildings are slated to be built by next year for the most part and will rise up behind the Innovatoren. 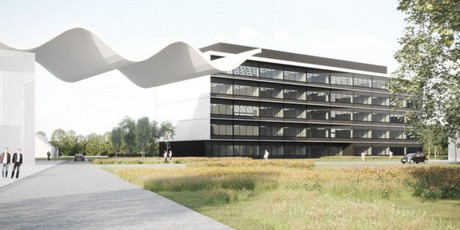 Rapid growth
The expansion of the campus is necessary now that the existing Villa Flora and Innovatoren buildings are nearly full as a result of the rapid growth of the campus. “The developments are moving faster than expected', says Hubert Mackus, deputy for the Province of Limburg. “In 2017, we expressed our ambition to make the campus a ‘place to be’. We're on the right track in this regard.”

Boost
CEO Saskia Goetgeluk of Brightlands Campus Greenport Venlo is pleased about the new buildings at the campus. “They will give an enormous boost to the innovative strength and cooperation within the projects and programs that are focused on safe and healthy nutrition, future farming and the bio-circular economy. This is really good news for the future of our campus given all of the companies that are active here and with Maastricht University doing research in many areas. This is really important for the whole sector and, of course, for the entire region.”

Networking campus
There are currently 60 organizations and 16 R&D facilities at the campus. There are more than 650 people working at the campus and over 400 students are involved in research and development here. Hubert Mackus: “As a “networking campus”, it also plays an increasingly facilitating and connecting role for SMEs. However, further growth is only possible if we create more space for offices, laboratories and workspaces we can lease to these organizations. As a shareholder, the Province of Limburg is pleased that the development in Venlo has taken off in a relatively short period of time and that the expansion of the property is already on the agenda.” 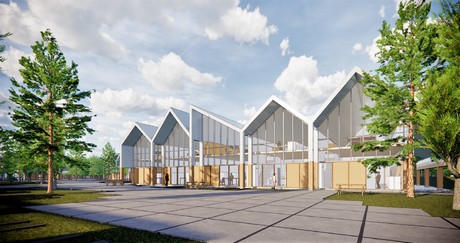 Venlo
Alderman Erwin Boom, municipality of Venlo: “This is an important investment that is necessary for the further development of Brightlands Campus Greenport Venlo. This campus will continue to be the flywheel for all innovations in the field of healthy living, conscious nutrition and our circular economy, making it of unprecedented importance for our region and therefore also for Limburg.”

Plan
Director Ruud van Heugten of Campus Vastgoed Greenport Venlo, the organization handling real estate matters at the campus, is pleased that the Provincial Executive of Limburg and the Venlo Municipal Council have given the green light. “It’s great that the need for expansion is being acknowledged as necessary to stay a step ahead of stagnation in the development. It would be inconceivable to have to say ‘no’ to interested parties.”

In consultation with Brightlands Campus Greenport Venlo, Campus Vastgoed Greenport Venlo management has developed a plan to meet the growing demand for space. The current proposal involves building a Bright House and a Bright Village which will add more than 8,600 m2 of net floor space to the current 13,600 m2.

Five floors
Ruud van Heugten explains that the experiences at Brightlands Chemelot Campus in Sittard-Geleen, where two Bright Houses were put into operation this spring, have been put to good use. The Bright House in Venlo has five floors and is identical to the Bright Houses in Sittard-Geleen. Ruud van Heugten: “Reinventing the wheel over and over again is not innovative. Copying something involves lower costs, less chance of errors and faster construction. All of this means that the building can be completed in April 2021. The Bright Village will consist of a number of workspace units totalling 1,100 square meters and can be completed during the course of 2020. The 72 m2 units can be built and linked in various ways, making it possible to provide offers appropriate for different activities.”

The financing must still be approved by the Provincial Council and the City Council of Venlo.