Supplies of California romaine may be slim in near future

California supplies of romaine lettuce are steady, though tighter supplies may be imminent in the short-term.

“We aim to be steady week in week out. But the wildcard in this is weather. And it was certainly very warm last week in the Salinas Valley,” says Greg Beach of Salinas, Ca.-based Steinbeck Country Produce Inc. “This might cause a short-term reduction in yields because the lettuce just gets burnt up. I don’t see a colossal problem but I do see a short-term reduction in supply for the next seven to 10 days.” 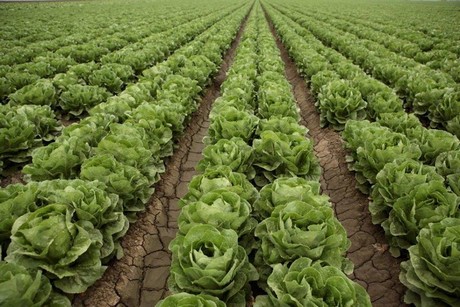 Steinbeck farms out of the Salinas Valley and began on time this season, although with smaller yields, at the beginning of April. It then transitions to Yuma, Ariz. in the first week of November. “The front end of Salinas production was a little up and down but the last 10 weeks, it’s been pretty much on schedule and smooth,” says Beach.

Local competition
Competing product for now includes largely local deals. “The home-grown seasons are in full swing at this time of year,” says Beach. “Quebec and Ontario, Canada are two larger regions and then there’s also New Jersey product that comes in and out,” he says.

However demand remains solid for romaine—particularly for romaine hearts. “That category continues to ratchet up demand every year. It’s not huge growth but it’s a little bit every year,” says Beach. 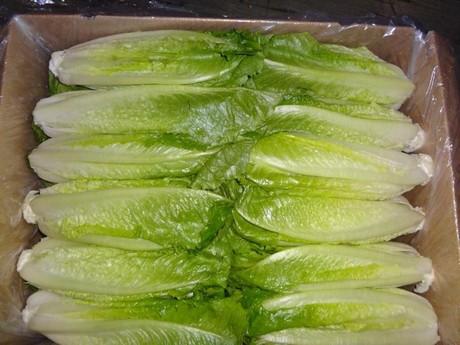 All of this means the market has been strong for romaine in the past few weeks. “And with the heat we’ve had, it will remain pretty strong in the upper teen, low $20s pricing,” he adds. “Looking ahead, we’re expecting a little bit of a decrease in supply because of the heat. But other than that, we’re pretty steady and consistent.”