Promotable volumes of strawberries in time for Labor Day

Weather conditions in California continue to remain largely favorable for strawberry growers. Despite some warmer weather in recent weeks which has presented some challenges, temperatures cooled off again over the weekend and look set to remain in the 70s this week. For companies like California Giant, production is going strongly in both the Watsonville-Salinas district and has just started up in Santa Maria.

"Production from Santa Maria will complement our volume from the north," said Cindy Jewell of California Giant Berry Farms. "These two districts will continue to work together all the way into November, weather permitting. Weather this summer and now as we approach fall has been optimal for the fruit. This last week has finally gotten a little warmer than we would like for the inland farms which provides challenges in getting the fruit cooled down quickly after harvest. Temperatures have since cooled back down into 70s, which is helpful for the crop." 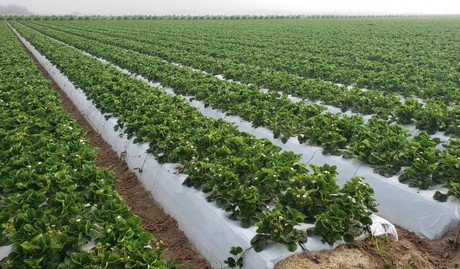 Upcoming promotions
The next few weeks are set to be busy for strawberry growers as Labor Day approaches and students begin returning to school. By all accounts, the crop is in a good position to be able to supply the expected increase in demand, as Jewell noted, "We are really happy with the quality, flavor and sizing of the fruit. We are working with our customers to ensure they have promotable fruit for their Labor Day promotions."

Jewell also described California Giant's recently launched promotion intended for students returning to study, which is now active on the company's website and social media channels. "We are targeting kids that have gone back to, or started college and have a sweepstakes, along with recipe guide and tips on how to eat and stay healthy while living in a dorm on a budget!" she said. "Prizes include cash, mini fridge, microwave, and more. We ran a similar program last year and had huge success in building a large new segment of California Giant brand loyalists that are hungry for more information. This promotion will continue to nurture those followers from last year and add to that with new students going off to school. Ultimately we are building a community of new loyalists that will buy our brand of berries today and in the future." 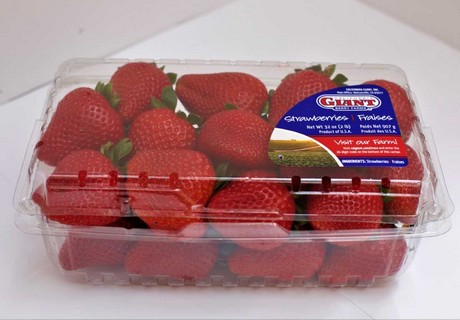 Popularity of 2lb clamshells increasing
While California Giant's Santa Maria strawberry season is just getting underway now, the company will resume strawberry production in Mexico later in the fall, although the blueberry and raspberry seasons have just commenced there. In Santa Maria, Jewell shared that two new varieties of strawberries are set for the fall crop. "Our Santa Maria fall crop has two varieties this year in response to customer demand - both the Portola and Monterey varieties."

Jewell also noted the rise in consumer demand for 2lb clamshells, which are subsequently increasingly being utilized by retailers. "California Giant continues to monitor shifts in packaging and we see that the popularity of the two-pound clamshell continues to rise with consumers as our mainstream retailers carry that size as an option for families," she explained. "Previously, club store format customers sold four-pound containers and shifted to the two pound clamshells during the shoulders of the season. But now the four-pound is quickly becoming obsolete in favor of this other size that is very well received by consumers."