It's not every day that you get to meet a time traveler. Esther van der Knaap, a professor with the Department of Plant Biology at the University of Georgia, is one - although she doesn't literally travel back in time. Together with the team in her lab, she dives into the predecessors of the tomatoes we know and grow, to find out what genes are responsible for their size and shape. Using that fundamental knowledge, breeders may one day be able to create improved varieties like those that are disease resistant but feature fruits that have the shape and size that consumers expect. 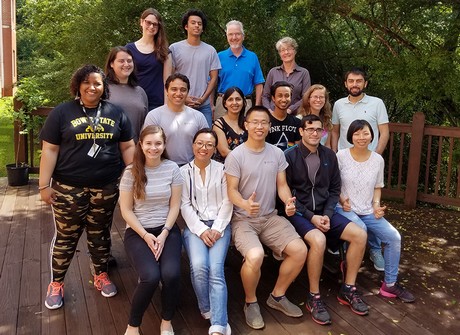 The journey from the original, wild tomato to the ones cultivated now is a long one, and at the core of it is selection. Over time, humanity has selected fruits, vegetables, grain, potatoes and other crops that benefit us, to yield better and more consistently.

As an example, Esther points to wild tomatoes, which are originally outcrossers. Over time, however, people have selected for inserted stigmas in the flower, making it a lot easier to do selfing. 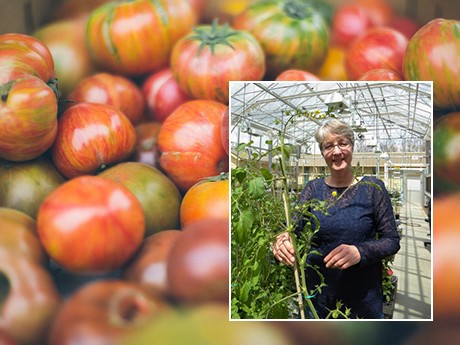 Disease resistance
That selection process hasn't led to exclusively desirable traits, however. "For increased yields, you sometimes give up on certain qualities. What often got lost during early selection was disease resistance", Esther explains. Heirloom tomatoes, for instance, while tasting great, have virtually no resistance to any of the common bugs that ail the crop. "It's relatively easy to put those disease-resistant genes back in the plant."

According to Esther, plant breeders continually try to improve varieties for more disease resistance and other fruit quality traits like the taste. Knowing which genes are responsible for fruit size and shape helps breeders a lot, giving them a head start in the process, making sure the tomato remains marketable (if the tomato is too small, it simply won't sell). "Already in backcross 1, breeders can select for all the large alleles to relatively quickly only grow the seedlings that can actually be evaluated for the characteristics that are much harder to evaluate, like appearance, shininess, the degree of redness or other horticultural qualities." 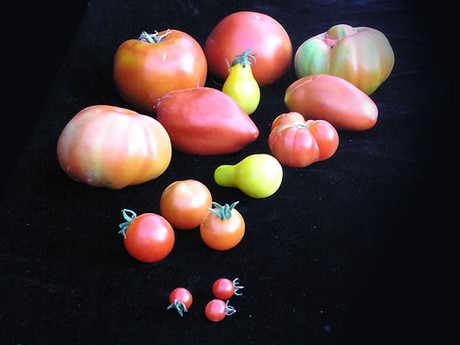 Increased fruit weight
One of the biggest differences between wild and cultivated tomatoes is the fruit weight. The wild species of tomato, Solanum pimpinellifolium, weighs about 1 gram. Cultivated tomatoes weight at least 100 grams, with beefsteak or slicing tomatoes even touching 200-400 grams. That's a huge increase in size. Esther's research focuses on the genes that were mutated along the way to create that increase in size.

"The three genes that we've cloned over the last years each contribute a good amount of the weight variation. But if you take those genes and cross them back into a wild species, the fruit size increases from 1 to 2 grams, so we're looking for the missing genetic components because 2 grams is still way off from 100 grams."

Knowledge is power
Pinpointing those genes doesn't happen overnight though. "You're never done", Esther says. With all the work of growing trial crops and identifying the gene responsible for changing fruit size, she estimates it will take at least another 3 or 4 years to have a candidate gene in hand. "In all, it can take six years and that will not be unusual for the discovery of just one gene." 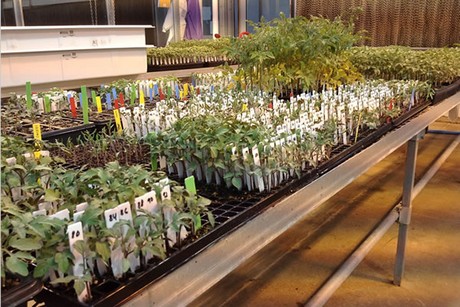 While breeding companies benefit from the fundamental work Esther and her team are doing, she doesn't work directly with those companies. All her funding comes from the federal government, through the National Science Foundation and the U.S. Department of Agriculture. "I started to reach out to the industry, but I actually prefer to be independent. Because industry funding may mean that I would need to test varieties and do other things for the company, but what I really like is the discovery of something I'd never expected: a new gene and a novel function."

But that doesn't mean that what Esther and her team are doing isn't hugely beneficial to breeders. "I provide knowledge, knowledge a breeder can use and a grower can benefit from. And if the grower benefits, everybody benefits."