Organic farming statistics for 2018 released by Defra (16 May 2019) show an increase in organic producers, indicating opportunity in the sector.

Although total organic land area in the UK has fluctuated in and out of decline since the economic recession and, even though there are less farmers generally in the UK, organic producers are up over 2% since 2017, at 3,544.

OF&G (Organic Farmers and Growers), the first organic certification body (OCB) approved by Government, contribute to Defra’s annual organic farming data collection, along with other OCBs. OF&G licensees have increased overall by 2.5% and this growth is driven by new entrants to organic production. 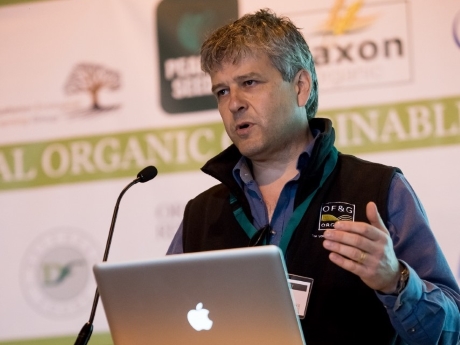 Roger Kerr, chief executive of OF&G, says the new statistics reflect confidence in the sector. “Continued growth of consumer demand for high-welfare and environmentally friendly produce has seen organic sales increase steadily in the last seven years, which has in turn triggered an increase in organic farm conversions.

OF&G certifies half the organic land in the UK and Mr Kerr believes their year-on-year growth is a result of working with a growing number of very successful organic businesses.

“Our producers are achieving good economic returns, even in the current economic and political uncertainty facing the agricultural industry. But with increased regulation of agro-chemicals and potential increases in currency volatility affecting the price of inputs and outputs, many businesses are looking to reduce risk. And with policy signals from Government, farmers are looking at their options, including organic.”

He says there continues to be high rewards on offer for organic producers, particularly organic cereals. “Organic farming is a viable business option for those who can make the system work. For instance, when taking both yield and price into consideration, it’s now possible to achieve 90% of conventional outputs in organic cereals with significantly lower variable costs and working capital.

“However, there’s no ‘one size fits all’ approach and converting an entire arable farm in one go can be quite an overwhelming prospect. But it doesn’t all have to be done at once. An organic system in one part of a farm can work synergistically with conventional enterprises in other areas.

“Careful consideration is key in deciding what areas of your farm could benefit most from switching to organic and implementing agroecological techniques. Working with an OF&G certification officer or an Organic Advice, Support and Information Service (OASIS) technical advisor, can help those considering conversion decide the most suitable option for their business,” concludes Mr Kerr.