Morel cultivation in France: when the sector gets organized

“For the French morel, the adventure began in 2009, when we made a technological transfer from China to France,” explains Christophe Perchat, founder and president of the company France Morilles. Until then, China was the only country that could produce on an industrial scale this beautiful wild mushrooms whose flavor is so sought-after. Christophe therefore went to China to meet Professor Zhu, holder of the patent to grow morels artificially, in order to return to France with the famous “morchella conica” stump. 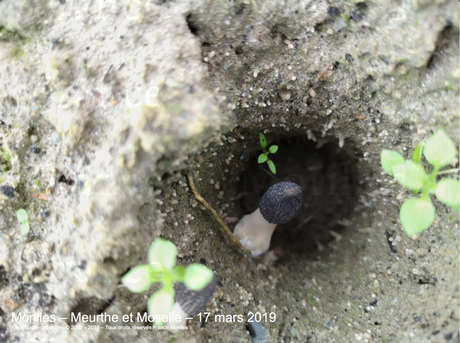 France: first consumer of morels in the world
The creation of France Morilles stems from Christophe’s ambition to meet the high French and European demand for this precious conical mushroom. In this regard, France is the biggest consumer in the world. However, the global offer of wild morels is largely insufficient compared to the demand. According to Christophe, this is because “wild morels are collected in excess in picking areas, and also because of the current climate changes. Both factors result in the exhaustion of the resource.”

France Morilles develops a network of licensees
Since 2012, Christophe has been developing a network of licensees, in collaboration with the French National Institute for Agricultural Research (INRA), in order to create a morel industry in France. “For the first two years, the licensees start with an experimental license and produce morels on a limited surface (1,076 - 5,382 square feet). During the first year, they get to learn about the cultivation and test different stumps of morels to see which ones adapt best to the pedoclimatic conditions of the environment. In the second year, we focus more on water management and how to handle pests. It is only at the end of this second year that we draw a report, which, if positive, leads to the candidates obtaining their operating and marketing license. Sometimes, we opt for a third experimental year, if necessary.” 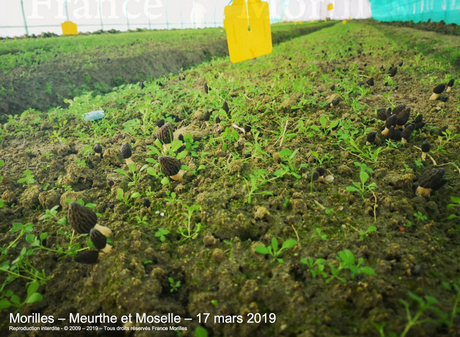 Through this network of licensees, Christophe wishes to guarantee to the consumer a quality product whose traceability goes hand in hand with an impeccable transparency. But Christophe also wants to develop short circuits, directly connecting morel producers and consumers. Finally, he hopes to create an industry, and then an agricultural cooperative financed by the royalties that the licensees would pay on their harvests. “We would then be able to set up an insurance system allowing a licensee who is the victim of a natural disaster, for example, to resume his morel production the following year. And why not, one day, also becoming a supplementary pension fund.”