Start-up Etagrow from Telfs (Tyrol) wants to revolutionize indoor vegetable cultivation with its LED-based system. The waste heat of the water-cooled lamps is used for heating. How the innovative process would work is explained by the founder.

"The world population continues to grow; at the same time the agricultural areas are becoming smaller and smaller. Our vegetables often travel several thousand kilometers before they reach the supermarket - and Austria imports almost half of its vegetables," explains Florian Ablinger, founder of start-up Etagrow from Telfs in Tyrol. Together with his team, he has developed a system that will make growing vegetables in winter economically viable and environmentally friendly even in our latitudes. 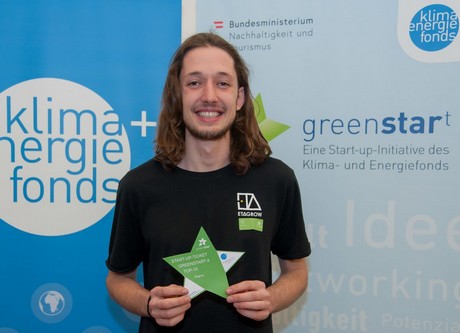 More efficient lamps with waste heat utilization
Etagrow uses LEDs for this. With the lamps, the start-up achieves 75 percent more plant-effective light with the same power consumption than with conventional sodium vapor lamps. In addition, the LED lamps are much more durable. However, the more efficient lighting system is only one side of the Viskagrow concept. "Heat is known to rise. With our water cooling system, we can collect the heat from the ceiling and use it to heat adjacent rooms or feed underfloor heating in the greenhouse. As a result, no precious energy is lost and the climate in the cultivation area is optimized," says Ablinger.