The Russian government has announced it will finish their financial support of new greenhouse projects. After cutting down the 20% support by half already, the Ministry of Agriculture now confirmed reimbursements of the projects are to be cancelled next year.

Horti growth
Over the last couple of years the Russian government strongly supported the growth of the horticultural industry. In 2014 the Russian government decided to boycott all fruit and veg imports from EU countries after sanctions from the EU. Afterwards, a support program started for new greenhouse projects, making it possible for investors to get up to 20% financial support for their project. The Russian industry grew tremendously, as well as Russia's self-sufficiency.

Dutch greenhouse builder Agrotech Didam has been heavily involved in the growth of Russian horticulture. Amongst other projects, they participated in the big Agrokultura project, as well as Tyumen Agro.

"Over the last couple of years we've seen the projects grow from a couple of hectares to 30, 40 hectares at once", Arthur Mkrtumian with Agrotech Didam confirms. "Of course you know that this growth rate can't continue endlessly, nor can the government support. Local produce in Russia has grown tremendously over the last couple of years. This year the prices of greenhouse vegetables have been under pressure for the first time - so it could be a saturation point is nearing."

Henk van Tuyl with greenhouse builder KUBO has seen the developments in the Russian market as well. The company has built various semi-closed greenhouses in Russia. "For greenhouse builders and suppliers, the importance of surrounding markets is growing nowadays. Kazakhstan and Uzbekistan for example, as well as Azerbaijan. Although these projects currently mainly focus on exporting to the Russian market, the local markets offer potential as well. Especially when the vegetable prices are down, selling local might become an option and the market can grow." 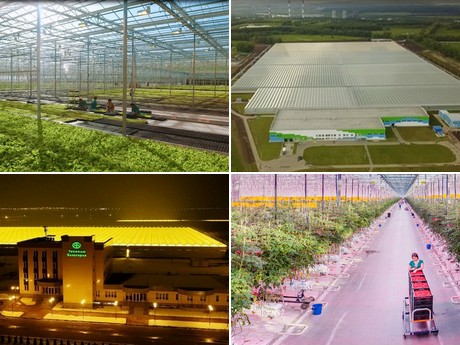 The level of support for creation and modernisation went down already: from 20% in 2017 to 10% now. "Currently the government has established rules of interbudget transfers, in accordance with which the reimbursement factor for the greenhouses will comprise 10% of the actual greenhouse cost, and such a reimbursement will be limited by the year 2018”, noted representatives of the agricultural ministry this week.

However, the support isn't down completely. Ministry representatives remarked that vegetable growers will receive more funding for development through easy-term loan schemes. They presuppose that the vegetable growers can get loans with a 5% interest. Within those special condition loans, 92.3 million euros will be allocated for that purpose in 2018 for growers. In the current year, the respective amount was 8 million euros.

The National Union of Fruit and Vegetable Growers addressed the Ministry with a letter in which they mentioned their concerns in relation to the cancellation of state support. In the opinion of the association members, complete cancellation of the 20% reimbursement for greenhouse construction would harm the whole sector. “In the current conditions… further realization of the investment projects on greenhouse vegetable growing becomes economically impractical”, mentioned the growers in the letter.