Fresh garbanzo beans might not be the first item you come across in the produce department, however they are available year round. Currently, the Mexican growing season has just started, taking over for the winter months from California. Califresh, based in Sanger California, is one of a handful of suppliers of fresh garbanzos in North America. Morgan Murray of Califresh noted that the Mexican season has gotten off to a challenging start.

"A few different regions in Mexico are just starting up now and will continue through to April, before California starts again in May," he said. "Conditions in Mexico have been very bad. There has been a lot of rain during the months of August, September and October which has caused some disruption in production. As a result, supplies are extremely tight right now." 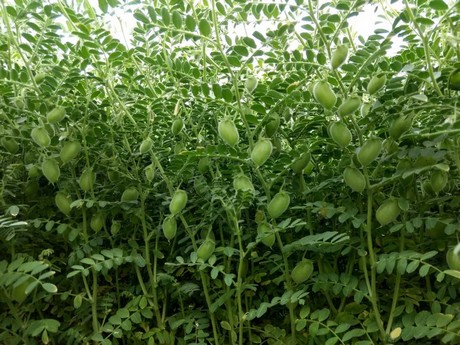 Highly-prized item
According to Califresh, fresh garbanzo beans are seen as a premium item and the company has exported to high-end restaurants in North America and Europe. All of their shipments into Europe are done by air because fresh garbanzos are a delicacy and need to be used soon after harvesting. Califresh says they are one of the only suppliers of fresh garbanzo beans in the country distributing to their domestic customers, with exports generally handled by AMS Export.

"Through our export partner, AMS Export, we have air freighted fresh garbanzos to Europe to be used in high end restaurants in Paris and other cities," Morgan shared. "They are a premium fresh product and we attempt having the beans available year round. We air freight them because it is imperative they get to the consumer within a week of being harvested. Fresh garbanzo beans are an entirely different product to the garbanzos you typically see that are canned, dried or otherwise processed."

Morgan further added that fresh garbanzos are sought out domestically as well, particularly by the different ethnic groups who use them in traditional recipes. "Most of the fresh garbanzo production is sold in the Southwest, although distribution is available nationally," he said. "They are especially highly prized by people from Hispanic, European, Indian, and Middle Eastern backgrounds, as well as those seeking out a healthy and alternate fresh produce experience." 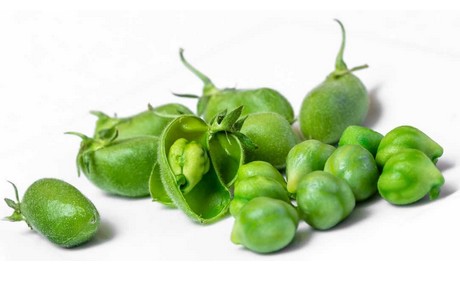 Fresh garbanzo hummus
Califresh said it mainly ships the fresh garbanzos in cartons, but it also offers retail consumer packs should the customer desire such option. "Aside from the bulk cartons, we can offer clamshells up to 2lb in weight, down to 10oz," Murray said.

He further shared that the company has recently launched a new product - hummus made from fresh garbanzo beans. "We now make fresh premium hummus which is available in Vons in Fresno and Clovis, as well as The Market in Fresno. We are currently working with Specialty Fresh in Fresno California who will bring our product to a much wider audience."