“Many people believe that horticultural lighting can only be relevant in Northern countries, not in Southern ones. But we believe plants in many places need extra light.” Speaking is Hakan Ozturk with Fiberli. The company recently opened its first lighting production facility and Turkey’s first indoor farming lab. Hakan explains how, according to him, this is the next step in the ongoing pioneer role of Turkey for surrounding countries. 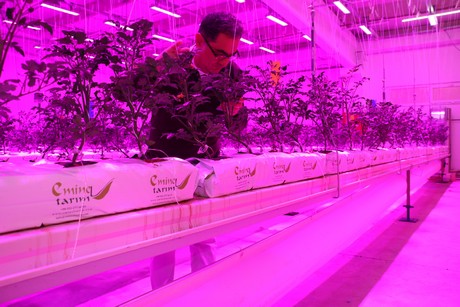 A lot has happened before Hakan Ozturk ended up in the first indoor farming laboratory of Turkey. Thirty years ago he started in agriculture. “Neither Turkey, nor any neighboring countries had enough hybrid seeds, nor did we experience anything concerning precision agriculture production.” The following years he travelled and learned. “First hybrid seeds, first fertigation, first biological crop protection, first beneficials, first intensive applications…” he sums up. “And also the introduction and transmission of these innovations to growers.” That has always been an important part of the job: learning and sharing the knowledge. “I believe Turkey can be a role model for Balkan countries, Russia, Ukraine, Azerbaijan, Turkmenistan, Kazakhstan, the Middle East, Africa…and Canada ” 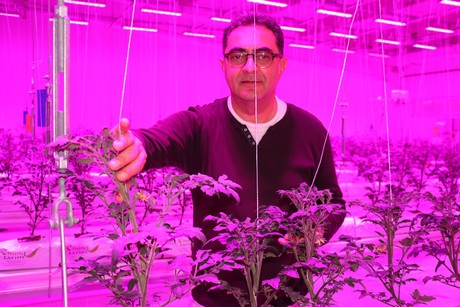 During this period, Turkey became an important horticultural player. The country has had a pioneer role for neighboring countries, as shown by the annual GrowTech exhibition in Antalya as well. Hakan recalls how they made the first grafted plants in the Middle East. “That made me proud! It was with an Unido project, supported by the United Nations. “We held lots of seminars about grafting and seedlings for Turkish and other foreigner technicians. We explained GlobalGAP, traceability and beneficials to growers. Business became big and we helped build marketing teams and commercial policies to get long-term business.” 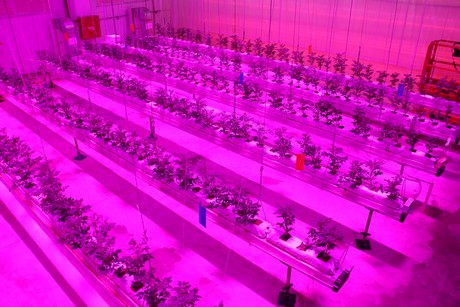 Nowadays smart farming and precision agriculture are the new topics on the roll. “Exciting times, since these are new for Turkish farmers as well. When visiting the Netherlands, you see the illuminated greenhouses. It was a fantasy for other countries at first, but nowadays many growers believe in lighting solutions and the growing factories are becoming a reality.”

“Many people believe horticultural lighting can be beneficial in Northern countries only, not in Southern ones. We believe otherwise. Almost all growing circumstances can be optimized now, but to continue getting more yield, growers have to add more light to the crop. Even in Antalya which is well known as the city of sun, we don’t have enough light in the winter." That all sums it up: why Hakan Ozturk and Fiberli started to work with horticultural lighting in Turkey. “Plants in many places need extra light. And LED lighting offers the best, most controllable and optimized options. It will change many things: for construction systems, city farming, fertigation methodology and hobby gardens. Like we’ve learned from the Dutch: LED Lighting is a game changer.” 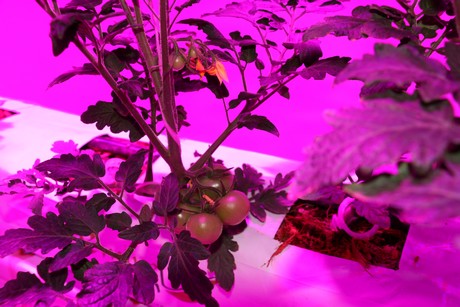 Fiberli started working on LED for horticulture several years ago. After extensive research and development, this year their own production location was realized. “Now we can realize all production ourselves, in our own factory.” Even though the indoor farming lab in the Fiberli factory is only a couple of months old, it’s already become clear how relevant this is. “Our first orders are from the medical marijuana industry. After all the research we’ve done into other crops. However, since we have our own facilities, we were able to create products especially for this crop. Now I only have to explain this new medical marijuana market to my family”, Hakan laughs.

With the new facilities, also new demo laboratories are realized. One part is completely blacked out, using only LED. The other part is a commercial greenhouse where tomatoes and strawberries are grown. “We do everything the same in both crops, except for the amount of lighting. In the closed facility we give 15 to 18 hours of lighting, while we only add 6 or 8 hours in the greenhouse: half before sunrise, and half after sunset.”

Of course all those games are not only a base of lighting. "We need to know plant physiology and many other factors. Therefore we are working with two consultants - Burak Ergin for tomatoes and Cahit Yeşiloğlu for strawberries.They all have long experience in many countries for soilless culture production." 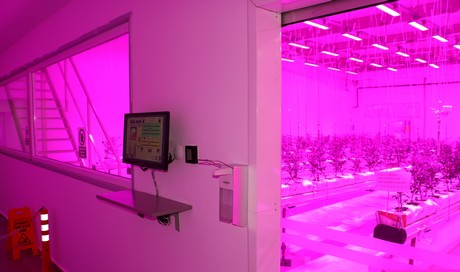 The facilities are realized to show growers and investors the possibilities in horticulture and indoor farming. “This way we can show it is possible to grow with or without sunlight and we can help people make the best choice.”

Currently the Russian market looks like an important one. “They know how lights can benefit the production, the energy costs are low compared to Turkey and the Netherlands and they often work with CHP. On top of that currently big investments are being made, with both the Russian state and local greenhouse investors participating in the industry.”