"We have actually increased our production of capsicums, more than tomatoes," National Business Manager, Sam Kisvarda said. "So we are having an extra 4.3 hectares of glasshouse that would give us 50,000 kilograms per week."

Flavorite currently grows and markets tomatoes, capsicums, cucumbers, eggplant and blueberries. It has a grower network along the East Coast, with a growing focus on glasshouse technology to maintain supply levels. 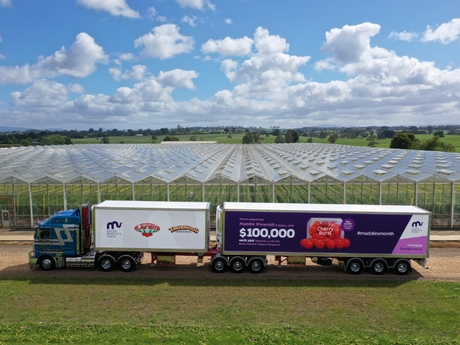 The expansion has allowed the company to grow from a 26-hectare production area, to more than 30Ha.

"At the moment we have knocked down all of our plastic and we are rebuilding another glasshouse at the end of the year for production in September 2019," Mr Kisvarda said. "So that's the next one."

"We currently have 10 hectares of glasshouse and the next plan is to build an extra 5 to 10 in probably 2019-20 and looking at cucumbers there," Mr Kisvarda.

These expansion projects will increase production by 10 to keep up with rise in consumer demand by developing their growing capabilities across differing seasons. In addition, it will lead to the creation of over 90 ongoing jobs.