"We expected there to be more glass greenhouses already"

Very recently students from Inholland Delft's Horticulture & Agribusiness returned from a trip to China. The six male seniors got the opportunity to investigate the Chinese market, sponsored by companies from the greenhouse horticulture sector, the Green China Foundation and subsidies. Wessel van Koppen was one of them: "The image I had of China beforehand was quite accurate, but we expected more greenhouses." 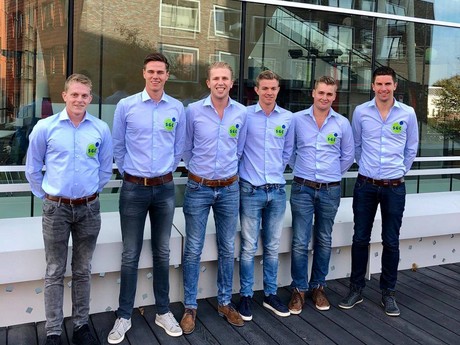 Their journey started on October 24 and it was the third time the foundation sponsored a trip to China. "We are in our final year and received a free research assignment. We chose to go to China." After arriving in Shanghai, they first tried out the local cuisine.

Vertical farming
On day two, a visit was made to Shanghai University to get acquainted with Chinese students and work on assignments together. "One of the assignments we carried out was about vertical farming," says Wessel. "We have tried to gather as much information as possible about this. We noticed that vertical farming does not even occur as often as is sometimes thought here in the Netherlands."

On a commercial basis, vertical farming was not that big yet. "It's mainly projects that are subsidized from the government. Vertical farming is still very expensive and not really necessary, because there is still plenty of space outside the cities for setting up traditional greenhouse horticulture." 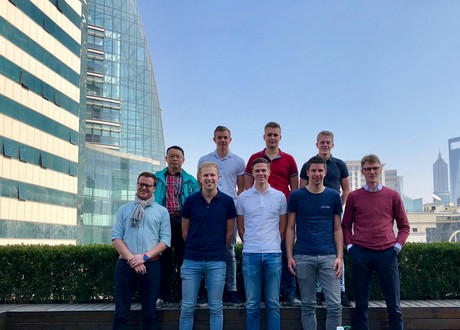 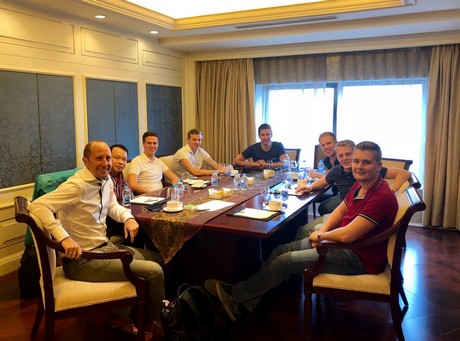 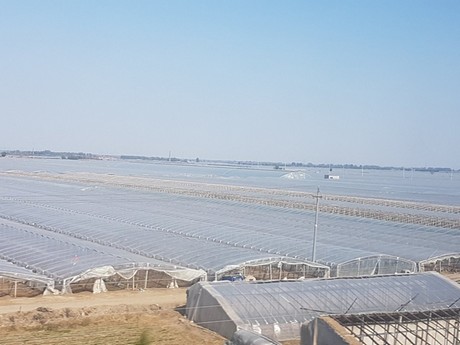 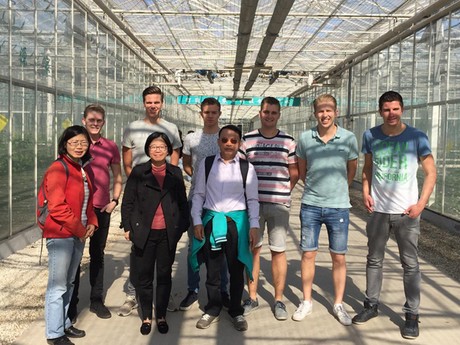 Those future steps were revealed during visits to various Chinese companies, including Sunqiao, Shanghai Flower Port and the Hao Feng Food Group. "This company is a large, modern player in the Chinese market with more than 10,000 hectares of land, and the company wants to build more greenhouses. Currently there are still mainly foil structures in the areas we visited, including Qindao. We expected that there would be more glass, but maybe that's the case in other regions."

At the Hao Feng Food Group the Dutch guests were allowed to have a peek in a tomato greenhouse, where the cultivation was neat and clean. Those tomatoes end up on Chinese shelves. The six students did research here as well. "Together with Chinese students, we conducted market research into the way vegetables are presented in Chinese supermarkets. The buying behavior of the Chinese is completely different than that of Dutch people in supermarkets in the Netherlands. In China far less vegetables are bought in supermarkets. It is much more a status symbol, which is reflected by the packaging. The people who buy vegetables in the supermarket in China have much more to spend than the people who go to the greengrocer, contrary to how it works in the Netherlands." 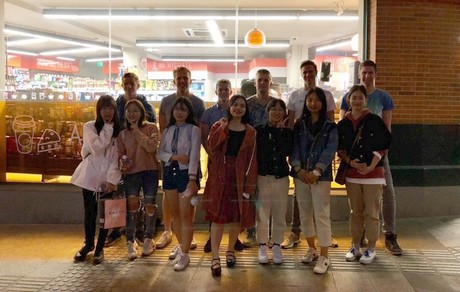 At the end of the 10-day trip, there was an opportunity to visit some of the most beautiful places in China and of course also toast with a beer. "Especially Shanghai was a nice city. I did not expect that, because I don't really like cities. I did not like Beijing as much, it was also less touristy."

Back in the Netherlands it's time to write reports about all their findings. "I have learned a lot from this trip, among other things that it is still quite difficult to set up a business there." Once the reports are finished, it is time for a graduation thesis. "Thanks to the trip to China, I have heard from several Dutch companies that I could do my graduation research there. Our network has expanded considerably, but we will not fly to China immediately after our study. At least not to live there. Working for a number of weeks there is more obvious for us. Personally, I also think that I am going to do something at a wholesaler or as a market grower."

The trip was made possible thanks to the following companies: Rabobank Westland, Kwekerij 't Woudt, Inholland, Flexibell Systems, Priva, Royal FloraHolland, Bunnik Creations and EUSME. "Of course we want to thank those companies very much", Wessel concludes.