Yesterday, on Fruit Attraction's first day, it was already pretty busy. Over the last ten years, this trade show has evolved from a Spanish producer's fair into an international trade event. Many exhibitors find the friendly atmosphere and the show's timing, just before the winter, to be a breath of fresh air, compared to its bigger brother in Berlin. 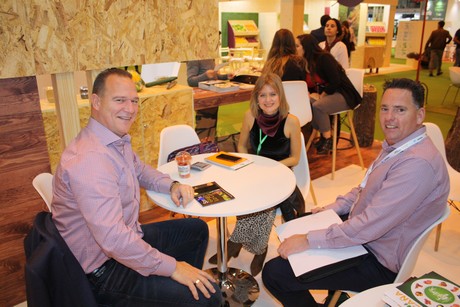 The first day was kicked off with a 'Mediterranean welcome". After this, it was noticeable that there was a constant hustle and bustle at the fair. This year, it also boasts a separate flower and plant hall. At the Spanish stalls, several hams were being sliced and glasses of wine being poured. It was also clear that the number of organic exhibitors has increased again. Many of them had stalls in a real organic hall this year. A lot of the countries pavilions were also larger, compared to last year.

Today is expected to be the trade show's busiest day. Opinions are divided about how busy the third day will be. In the past, when it fell on a Friday, this last day of the trade fair has been very quiet. Most exhibitors expect Thursday to be somewhat busier than would otherwise be the case on a Friday. According to some, this show in Madrid could be held over just two days. 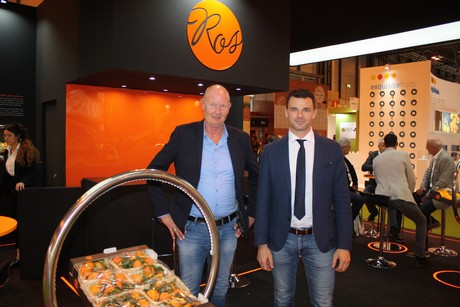 The number of Spanish stands is on the rise. Companies use not only cooking demonstration but also VR videos to show how to prepare the various products. Convenience and Ready-to-Eat products are also becoming more popular. Of the exotic products, avocados, mangoes, and pineapples are the most popular.

A new variety of papaya from the Canary Islands has also been introduced. It is called Sweet Papaya. This brand has only been around for a year. Despite this, this new variety is being supported by farmers with more than 30 years of experience. Del Monte also introduced the Honey Glow, a new pineapple variety. It is a sweet pineapple which is being produced in limited quantities. It is, however, available throughout the year. 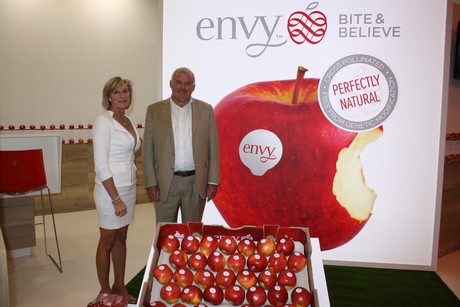 The Dutch and Belgian stallholders are pleased with how the first day went. There were also quite a few visitors from these two countries. The Italian exhibitors consider this trade fair to be a must. They believe it to be an ideal meeting place to consolidate existing partnerships.

Some of the Italian traders see the Spanish companies as being a commercial partner. They do not consider them to be direct competition. Others point out that Spain, with its aggressive prices, will always be seen as competition on the Italian market. 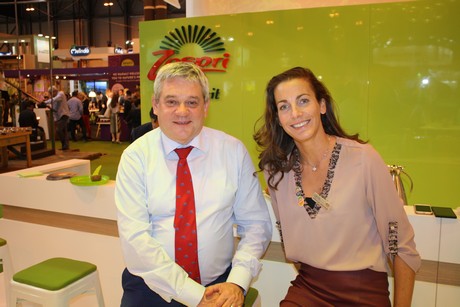 France is, with 132 companies, the largest overseas delegation at the show. This is why the Spanish Minster of Agriculture visited the Business France stand. Here, he received a basket filled with French products from Géraldine Filippi, Business France's Director. France and Spain are very important trading partners. Most of the French delegation were satisfied with the trade fair's first day.

The highlight of the day in the French hall was the launching of the Candine apple. This is a new apple variety from Regal'In. This year for the first time, the red-fleshed apple, the Kissabel, has its own stand. Here, visitors can taste the red, orange, and yellow varieties. There are small amounts of these fruits available on the Swiss, French, German, and English markets.

On Friday, we will publish a photo report of the exhibitors. Over the next few days, there will, of course, be plenty more news stories and interviews from and about this trade show.