Lowering his crop automatically and uniform. Finnish cucumber grower Matti Nyysti made it possible with his self-invented and developed Tiptopreel plant lowering system. Other Scandinavian growers got acquainted with the system and have started to use the reels now too.

One of the new users of the Tiptopreel system is Kannuksen Market Garden, a greenhouse grower that produces lettuce and cucumbers in a year round production greenhouse in Kannus, Western Finland. 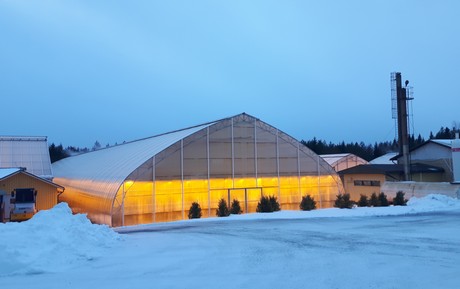 Nyysti explained that the use of the Tiptopreel system is of paramount importance for Scandinavian greenhouse growers like Kannuksen. "Finland has a very cold and dark winter that drives up the production cost for year round greenhouse growing. Customers are demanding a consistent product year round and therefore a uniform growth is very important, growers can not afford any mistakes." 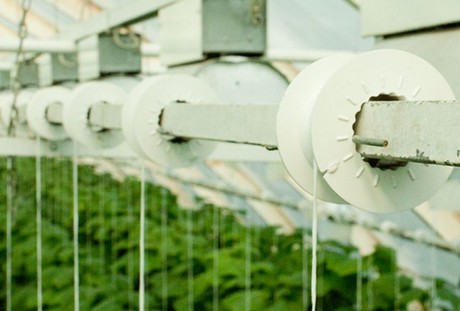 That uniform growth can be achieved with the Tiptopreel, because the greenhouse of Kannuksen has a gear motor driven-system installed to lower the high wire cucumber crops automatically, seven rows at a time. From time to time, workers check the crops and place all of the crops at the same height with the Tiptopreels, which creates an uniform crop. This on its turn allows the light to be distributed over the crop more even, creating a more consistent and uniform production, as every plant receives the same amount of light. 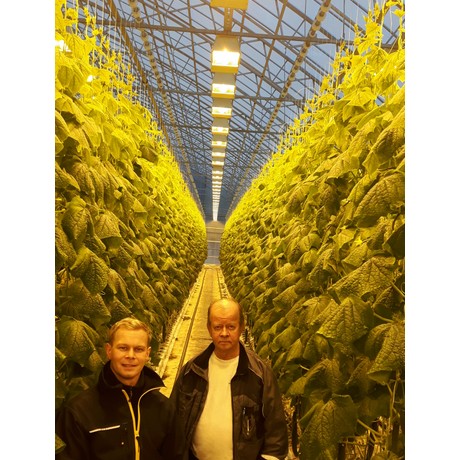 Growers Aleksi and Eino Hauhtonen in the cucumber greenhouse with the Tiptopreel installed on the lowering bars.