Despite the Turkish greenhouse vegetable industry hitting a low over the last couple of weeks, the domestic vegetable young plant propagators still remain very active. The demand for their young plants still increases, not only within Turkey, but also in surrounding countries. This is reflected by the recent installation of the nation's first CNC controlled sowing line at Turkish propagation nursery Hisar Fide.

The digital control of the PRO-335, designed and developed in Barcelona by Conic System, operates 5 units of 32 bit microprocessors that allow a fully automatic control of the sowing performance. The CNC unit is capable of adjusting to any setting, making automatic adjustments. This make the processes and production output at the 3 hectare nursery of Hisar Fide in Antalya better and more streamlined. 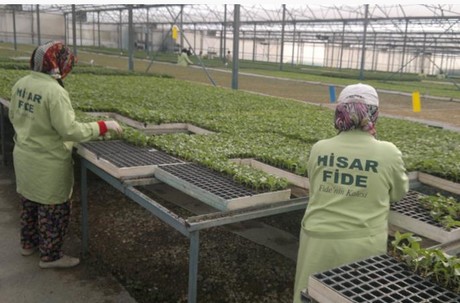 Jordi Gusi: "The worker managing the PRO-335 has to set up the working programs for each type of seed, peat and tray. These programs will be saved in the system memory. Therefore, next time the work is repeated, the worker just needs to select the suitable program. The program will automatically adjust to the new parameters without any manual assistance. This is how we reach a faster process and a better sowing quality standard, which improves the working conditions on main key points for all greenhouses." 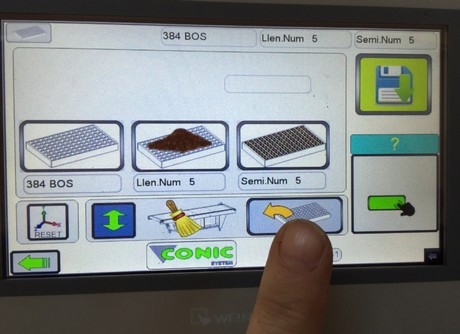 Easy to use menu with touch screen

The new generation of CNC sowing machines from Conic System has already been working for quite a few months in greenhouses in Spain, France and Israel. Hisar Fide has been using the previous generation for many years, but now that they have moved to a new location, they decided to install the new generation. "As well as this they will install a new machine at their second nursery in Izmir. Other nurseries in Turkey have also ordered the new generation of seeding machines." 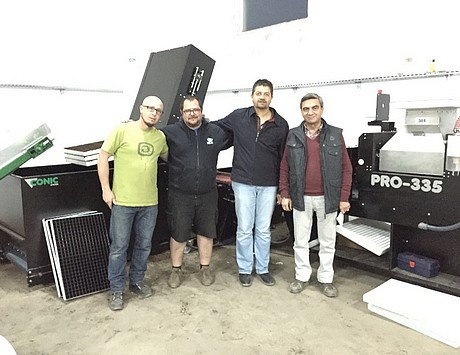 Jordi Gusi of Conic System together with the propagators from Hisar Fide and Conic's Turkish partner Haluk Atamal. 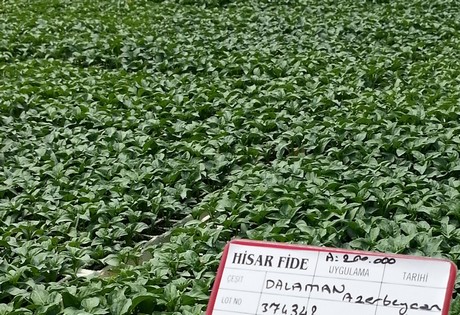 Propagated young plants at Hasar Fide for growers in Azerbaijan.

This Conic plate seeder is capable of seeding up to 800-900 trays per hour, depending on the cells and tray sizes. "We keep developing new solutions while continuously searching for new performances and complements that make sowing work easier and faster, providing higher quality results," Jordi Gusi concluded.