“Mersin presents a big opportunity to a market with a lot of potential,” said Eren Balamir, one of the organizers of Mersin's trade fair. The event will run from March 6 to March 9, 2014, and it will feature over 20,000 square feet of exhibition space spread out over three halls and an outdoor area. With around 65 percent of the country's citrus production and 30 percent of the country's greenhouses centered in the Mersin area, Balamir thinks the event will showcase the vast potential the region has. 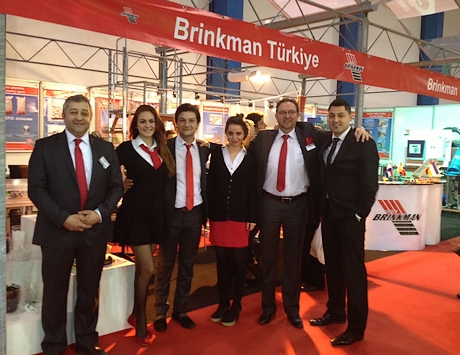 “Mersin is ranked first in fruit production, third in vegetable production, has 300 days of sunshine and is home to the third largest free trade zone in Turkey,” said Balamir. Antalya is widely considered to be the nation's biggest agricultural hub, and the trade fair held there is very popular, but Balamir believes that Agrodays will prove that Mersin is the next big thing.

“Antalya is the main draw for the international market, but there's more space and new opportunities for development here,” said Balamir. There's also more space for exhibitors at Mersin Agrodays, as it has become increasingly difficult for companies to get booths at Antalya's fair. With last year's Mersin Agrodays drawing 25,000 visitors and 210 companies from 10 different countries, Mersin's event will be far from small.

“We'll have local producers, private companies, fertilizer and feed companies, agricultural unions, University researchers and many more,” said Balamir. The event will take place in March of next year, and registration will be open until February 14, 2014.