On 18 January this year, World Horti Center Office Korea was opened in Sangju. This office is part of Kyungpook National University. A short distance from here is the SmartFarm Innovation Valley (SFIV), where students are trained to become entrepreneurs of the future in horticulture.

Among those present at the grand opening were the governor of Gyeongsangbuk-do and mayor of Sangju, and the director of World Horti Center Netherlands. In the coming years, cooperation between the branches in South Korea and the Netherlands will be further intensified. 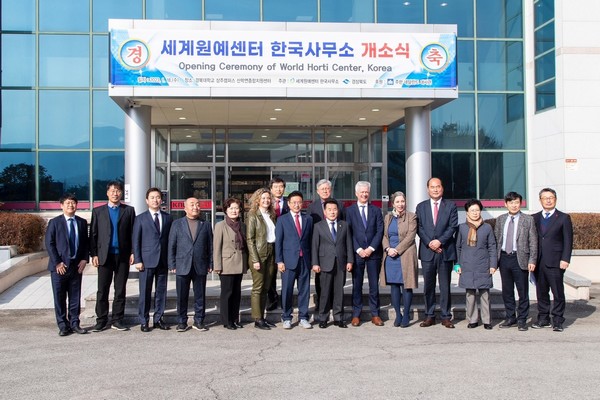 Festive opening
For the Gyeongsangbuk-do region, the opening of the World Horti Center office is a great step. During the festive opening ceremony, many important guests were present, including the mayor of Sangju, the governor of Gyeongsangbuk-do, and a delegation from the Dutch embassy in South Korea, including Gelare Nader, attachee of the Agricultural Council and also agricultural advisor Hojin Kang.

From the Netherlands, World Horti Center director Puck van Holsteijn and operations manager Tessa Minnaard were present on behalf of the World Horti Center, and Oscar Niessen on behalf of Lentiz Onderwijsgroep. The opening attracted a lot of South Korean press to Sangju, who followed and recorded everything closely. 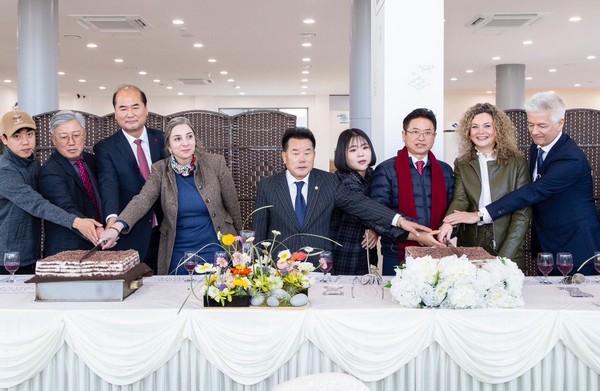 World Horti Center Netherlands director Puck van Holsteijn says: "With the opening of this branch, the lines of communication with the Netherlands will become shorter, and we will share knowledge, research technological innovations together, and train talent."

Besides World Horti Center, Lentiz Onderwijsgroep plays an important role. The first students have already been trained, for example, and this will be expanded in the coming years. 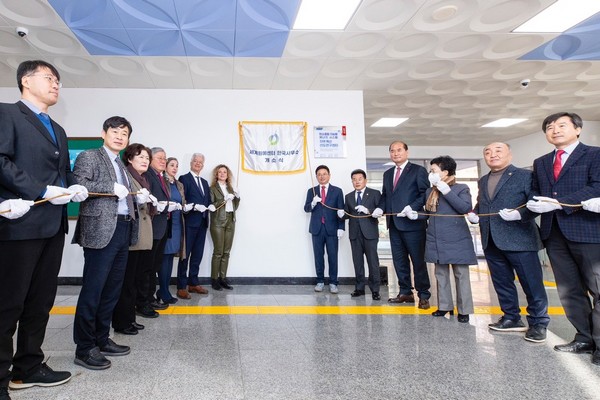 Continued cooperation
During the opening, a contract was signed between Kyungpook National University and World Horti Center. In it, they agreed to work together for at least three years, with the intention of doing so for the longer term. Last year World Horti Center in Naaldwijk already attracted many visitors from South Korea. Puck van Holsteijn: "With the office in Korea, the relationship has deepened further, and confidence has been expressed to build on this in the coming years."