Emanuel “Manny” Epstein, a long-term resident of Davis and a distinguished professor in the former department of soils and plant nutrition at the University of California, Davis, died on December 4, 2022, in Davis.

He was born in Germany in 1916, coming of age just as Hitler’s Nazis started persecuting Germany’s Jews. His family, positively Jewish but not religious, was strongly Zionist, supporting what would be a Jewish state in Palestine. Epstein’s father foresaw coming ill times for Jews, equipping each family member with a passport, visa, and a small suitcase with supplies needed to flee the increasing danger.

After a brief stay in Belgium with relatives, the family went to Palestine. After staying on a farm there, Epstein departed to the United States to study pomology at UC Davis, earning his bachelor’s degree in 1940 and master’s degree the next year. With understatement, he wrote, “That gave me a taste for research.” 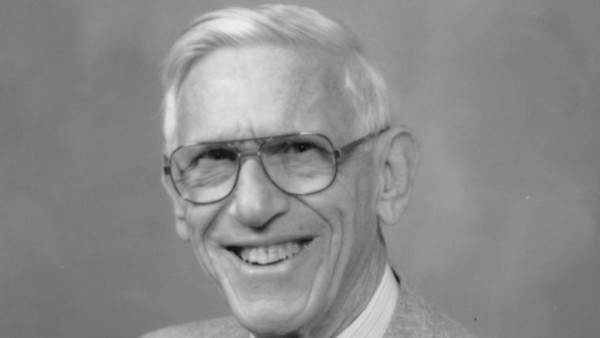 Epstein, by then naturalized, married Californian Hazel Margaret (“Peggy”) Leask, who was widely loved and respected in the community. She died in 2020, and their marriage of 78 years was the stable center of two fruitful lives.

In 1958, Epstein completed his doctoral degree in plant physiology at UC Berkeley’s famous division of plant nutrition. He went on to a new research unit at the USDA’s main installation in Beltsville, Md., using radioisotopes to study minerals in plant micro nutrition. He, Peggy, and their two boys – Jonathan and Jared – enjoyed the proximity of Washington, D.C., its public buildings, museums, galleries, and magnificent vistas.

In 1958 they returned to UC Davis, where Epstein stayed until retiring in 1987.

At UC Davis, Epstein pioneered innovative fields important to real-world agriculture, showing how mineral nutrients are absorbed through plant cell membranes; developing crop plants including wheat, barley, and tomato able to tolerate saline conditions; and on the surprising significance of the element silicon in protecting plants against environmental onslaughts such as diseases, pests, and metal toxicities.

Epstein published more than 80 times, including what became the standard textbook for plant nutrition. He was a friend and mentor to hundreds of graduate students, colleagues, postdoctoral researchers, and visiting scientists. He was a member of the National Academy of Sciences, the American Society for the Advancement of Science, and numerous other organizations.

As a professor emeritus for many years, Epstein kept a productive hand in plant research, riding his bicycle almost daily to the lab on campus for a full day’s work. “It’s a passion,” he said of his research and teaching in 2003, “A commitment to take yet another step to advance science and understand nature’s secrets.”

Surviving family is in the United States (California, Texas, New York), France, England, and Israel. Peggy and Emanuel Epstein are survived by their son, Jonathan; five grandchildren; several great-grandchildren; and a large extended family who loved and admired them.