Researchers in UConn’s College of Agriculture, Health, and Natural Resources are exploring options to help ensure consumers have a safe, abundant, and nutritious food supply. The project, which is studying a genetic editing technique in tomato plants, is funded by USDA’s National Institute of Food and Agriculture as part of the Biotechnology Risk Assessment Research Grant (BRAG) program.

The BRAG program supports the generation of new information that will assist federal regulatory agencies in making science-based decisions about the effects of introducing genetically engineered organisms (GE) into the environment. The application deadline for proposals for the next round of funded projects is January 19. 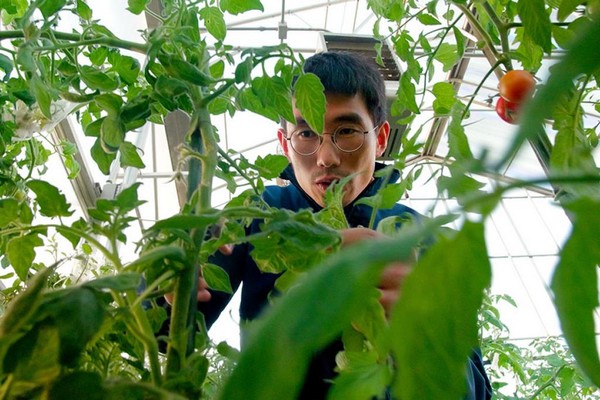 “Our project is studying the unintended effects of CRISPR/dCas-mediated editing of DNA methylation, using tomato as a model crop plant,” said Yi Li, the principal investigator of a project and a UConn professor in the Department of Plant Science and Landscape Architecture. 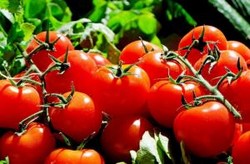 “In our experiment, we use a CRISPR/dCas system to edit DNA methylation at a specific gene location and hope that can lead to the production of more nutritious and tasty tomato fruits,” said LI. “At the same time, we are also studying any unintended and undesirable effects resulting from off-target DNA methylation.”

This promising gene editing technique could improve crops on a large scale. However, the potential unintended side effects of this process are not yet well-studied, so additional research is needed prior to introducing the technique for potential commercial agricultural applications.

Tomatoes are one of the most popular forms of produce, making them an excellent candidate for potential gene editing enhancements. Furthermore, tomato quality and attributes are highly influenced by DNA methylation events.

“We are producing and characterizing DNA methylation-edited tomato plants at this time,” said Hengsong Li, a doctoral student in the Department of Plant Science and Landscape Architecture working on the project. At this specific stage of the project, one of the experiments that Hengsong does is analyzing his plants for changes in DNA methylation levels in the targeted genes.

The results of this project should reveal if there are unintended effects of CRISPR/Cas-mediated DNA methylation and aid plant breeders who are practicing DNA methylation editing in crops. The project results should also facilitate the policy-and decision-making process at federal regulatory agencies.

“Meanwhile, we are incorporating the science-based knowledge generated from this project into public education efforts to improve society’s understanding of gene editing technology,” says Stacey Stearns, a communications specialist with UConn Extension and co-principal investigator on the project.