Cold weather is making its way through the Arizona/California desert region. There, cold winds have gusts up to 40 mph. Markon reports that morning low temperatures will dip to between the upper 20°Fs-to upper 30°Fs, and widespread lettuce ice is expected to develop until Saturday, January 21.

Lettuce and tender leaf items will be susceptible to wind damage, and all desert row crops may exhibit elevated levels of dirt because of the high winds. Production and loading delays are very likely over the next several days due to the lettuce ice concerns. 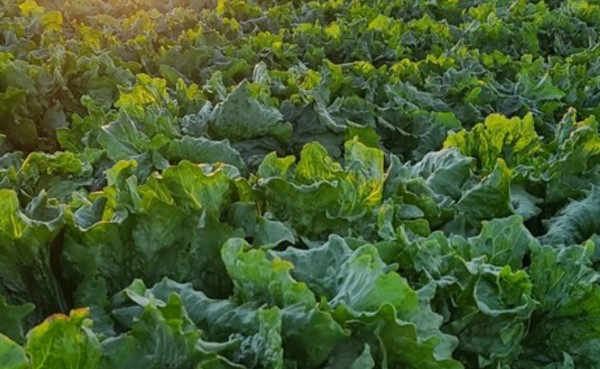 Slowing growth and production
This cooling trend will potentially delay the start of harvest and limit harvest hours as well as limit volume and slow the growth of the product, agrees Mark McBride of Coastline Family Farms.

This weather trend also follows a challenging few months, especially for lettuce. On the West Coast, in which a warming trend around Christmas was followed by a milder, more normal weather pattern in the California/Arizona desert. “That brought on significant amounts of many of our desert crops that had been delayed by December 2022’s cold temperatures,” says McBride. “Rapidly maturing acres, especially cauliflower, were lost as Mother Nature shifted growth into 5th gear.”

That said, a change could again be around the corner in the weather. “We have a lot of winter left in the desert. Stay tuned for the next change!” says McBride.