The quality of winter strawberries can be outstanding, but it comes at a cost - and with the rise of the energy prices, that cost increased significantly. What does that mean for the year-round strawberry cultivation in Northern Europe? That was discussed during last weeks Strawberry Day. 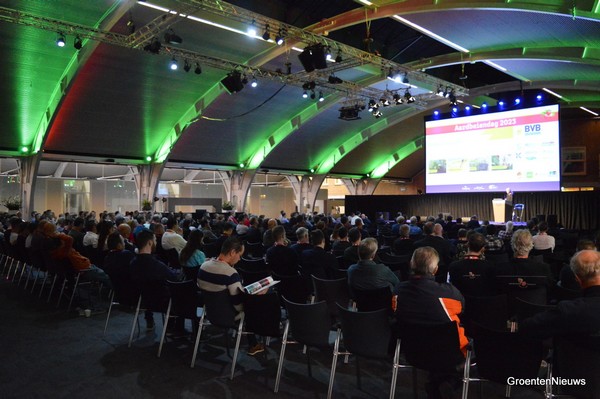 A packed hall, with only standing room. More people 'dared' take the front seats as the day progressed. 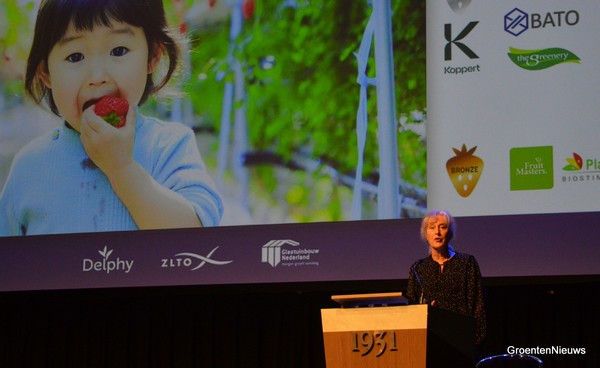 Sharing the story
"We were right," says Adri Bom-Lemstra, chairperson of Dutch industry body Glastuinbouw Nederland, during the morning's well-attended opening. She was referring to it being possible to grow strawberries sustainably year-round. In a recent radio debate, Adri's support of this was finally vindicated. But is it also financially worth it?

Is winter lighting and heating in winter still attainable? This winter, clearly only for a handful of growers. The marketing parties present thus have local as well as imported supplies available.

There is still some uncertainty about the next winters and even the upcoming season. Energy developments and other price increases mean some growers sometimes wait and see, while at the other end of the chain, marketers want to know where they stand. It is hard to conclude contracts without supply certainty.

Dutch strawberries and stored redcurrants, while the rest of the package comprises imported products.

Market analysis
Besides the winter, the summer weeks in August also prove challenging for the Dutch strawberry sector. Wilco van den Berg, a market information specialist at GroentenFruit Huis, demonstrated that between weeks 33-36, consumer interest declines. Most Dutch strawberries remain in the country. Export abroad could be a solution, though the export supply is still limited. 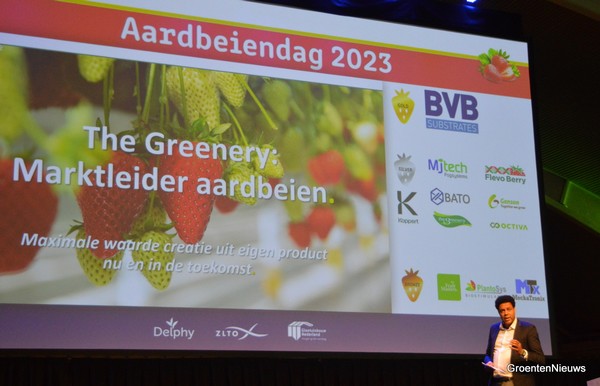 The Greenery is not put off by a little crisis. Steven expressed admiration for its growers' adaptability. He reflected on a time when the first steps toward year-round cultivation were taken. Growers wanted €11/kg of strawberries grown under lights. "Many thought that couldn't happen." Yet it did. Sales to Russia were important in the early days for this expensive crop. But when that market fell away, other markets were found, or new sales channels were created.

Cooperative chain
Steven also talked about cooperation between chain parties. He pointed to a recently concluded exclusive fruit and vegetable agreement with a Dutch supermarket chain and showed a video of another. Varieties developed in close consultation with the chain, like Inspire and Arabella, are now on store shelves. The Greenery has recently noticed that more supermarkets are asking for these varieties.

Inflation is currently threatening sales. Are shoppers still willing or able to buy boxes of these red summer fruits? In recent years, flexibility and creativity were needed to keep increasing volumes. "When promotions of 2 for €6 no longer worked, we switched to 2 for €5 last year in consultation with supermarkets," Steven explains.

It remains challenging to pass on the increased costs. He points out that strawberry prices did not rise nearly as fast as other fruit and vegetables (1.4% vs. 5.3%). Maximum value creation is vital. "People will continue warming to Dutch strawberries," Steven also wrote in the exhibition magazine. "As long as our flavor remains distinctive, and we match supply to demand."