Following the ample rainstorms, lettuce supplies could be short again this spring. “The biggest challenge is currently working around the atmospheric river of rain we’ve been receiving in California. We’ve delayed some plantings in Salinas as a result, so this current storm may have a significant impact on April/May supply,” says Dan Holt, VP of sales for Hitchcock Farms. Right now, supplies of lettuce, including Hitchcock’s recently introduced Iceberg Babies, which are sold in a 2 ct wrap, are coming from Yuma, Arizona. “Supply of romaine and iceberg is improving as more product is becoming available in Yuma,” says Holt. “Last year around this time, supply was adequate, if not abundant. Supplies have improved over the past few weeks, though cold temperatures from mid-December have continued to affect yields.”

Yuma production
He adds that the first seasonal plantings were pressed to start a bit early due to warm temperatures in Yuma, followed by some late harvests due to colder than normal temps and a few unexpected frosts from mid-October on. The Yuma season typically ends mid to late March. 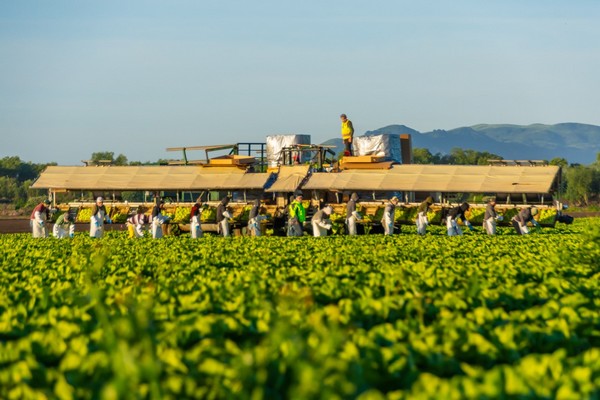 Supply of romaine and iceberg is improving as more product is becoming available in Yuma.

As for demand, it is lighter than expected after the holidays, a time when consumers’ healthy eating resolutions tend to kick start. “Perhaps this is partly due to inclement weather around the country,” says Holt. “We expect to see some weakness in consumption as spending and job growth is projected to slow.”

On pricing, following record-level pricing seen in late 2022, Holt says prices have come down significantly in recent weeks as more supply is coming online. “Current trends show further stabilization on both supply and pricing for the coming weeks,” he says.