"You want to use the available space in the greenhouse in the most efficient way. For that purpose, growing gutters at multiple heights offer good opportunities for strawberries. Special constructions made these quite pricey, and especially the hoisting system is intrinsically vulnerable to challenges around labor safety and reliability. With the cultivation system 2LEVEL Stationary, we offer an answer to those concerns, also responding to challenges of today's industry, such as the choice for everbearers and the desire for further automation/robotization in the greenhouse," says Robin Dirks of Growtec. In Canada, five growers are now working with 2LEVEL, which enables multilayer cultivation. A trial with this new system is currently underway at Delphy ISFC in Horst. 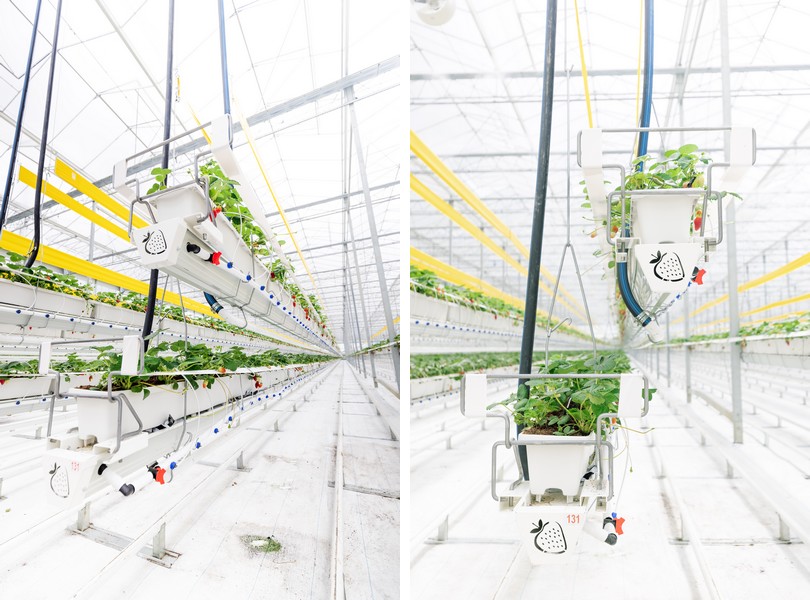 Canada to the Netherlands
Growtec is a relatively young company with behind it people well-known in the industry. In recent years, they have supplied many growing gutters to North American growers from their Canadian branch, nowadays led by Freddy Sarkis. Robin started last year to also supply the European market from the Etten-Leur branch with the company's growing gutters. Or actually, he corrects, not just the cultivation gutter, but where required, the corresponding irrigation solution as well. "It's not so much about the cultivation gutter as a product, but as part of the irrigation. We can relieve growers of irrigation worries from start to finish, even down to the drippers if they want." Robin himself has a background outside of horticulture. No problem, because for that, he is assisted by Rob Kwinten, among others, who will start working this year to offer growers all the support they need from a cultivation point of view as well. 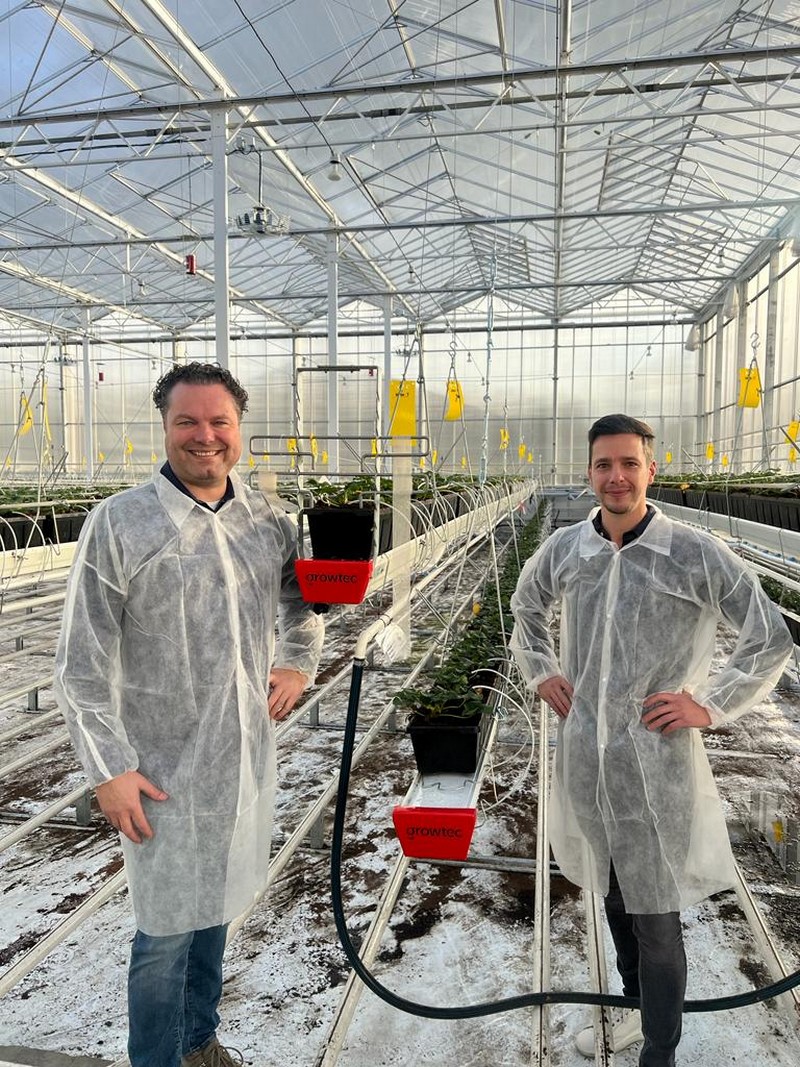 Robin Dirks & Rob Kwinten at the trial in Horst

Strawberries in greenhouses
In Canada, as in the Netherlands, the cultivation of strawberries in greenhouses is growing rapidly. That is also where the demand came in today for this multilayer cultivation system. "Especially in these times, it is important to look for the optimal number of plants per m2. Compared to growing at the same level, this allows for more plants," Robin reveals. "The gutters are placed in such a way that the incidence of light remains optimal, the aim is that we arrive at a cultivation solution that not only has 20% more plants but also certainly produces 20% more fruit. A positive financial trade-off is all that matters."

No reinforcement
Of note here is that, unlike lifting or swing systems, no reinforcement of the structure is required. "The 2LEVEL system can, therefore, also be installed in existing greenhouses. For example, it has also been applied in a greenhouse originally intended for cucumbers."

Trial in Horst
In Canada, five greenhouses have now been equipped with the 2LEVEL system, both new and existing nurseries. In the Netherlands, a trial is now underway in Horst at Delphy. The trial started late last year, and the first fruits are expected in February, followed by cultivation until November.

"We also calculate the profitability of the total system for the lighted and traditional cultivation. We now have models for that and data in Canada, but the growing conditions in Europe remain different," Robin says. 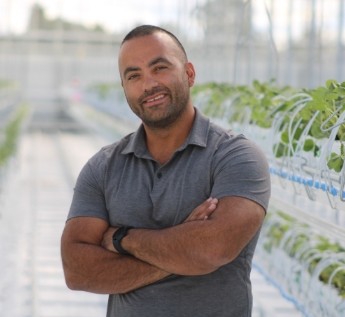 Plant density optimized
"In Canada, we see that everbearers have become the standard as they also connect to the market in terms of quality. At the same time, this means longer cultivation and, on the other hand, a higher disease pressure. Partly because of this, closed cultivation gutters have already become the standard: an answer to biofilm, less virus, and pest pressure and also beneficial in terms of labor and energy," Freddy continues. "With the 2LEVEL system, we are going one step further. By optimizing plant density, you take another step toward the highest possible ROI. And that's what it's all about in the end."