The Mattoverse, a company that originally stems from a site showcasing various creative projects, had previously announced their fruit and vegetable-powered pedal FloraVolt. Now, the company is officially accepting orders for the models.

The FloraVolt is labeled as an overdrive/distortion pedal, which uses fruit and vegetables to play the part of an organic battery. According to the company, different types of vegetables and fruits will produce different tones when using the pedal, from "mild overdrive" to "starved distorted tones." 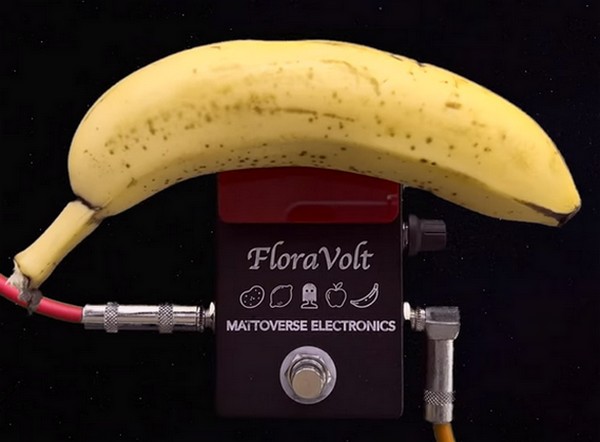 To equip the produce onto the model, you just have to stab it onto the two prongs mounted on the top of the FloraVolt, which is protected from juice leakages by a drip plate. The company says that, although the pedal should work with most fruits and vegetables, the recommended items would be apples, bananas, potatoes, and citrus fruits.