Jan van Heijningen has retired. With effect from the new year, he has quit Eminent. Together with his brother Ted, he set up the company almost forty years ago. First, as a grower and later as the owner of a marketing and breeding company, Jan was active in a large part of the chain. Jan is not leaving the sector entirely, however. He is joining PUM as a horticultural expert.

This year, Eminent is celebrating its 40th anniversary. In April 1983, Jan and Ted took over their father's horticulture company in Wateringen, on Markuslaan. First, they grew peppers for ten years under the name De Kombinatie, after which they also became active in trade with Eminent Food and later in breeding with Eminent Seeds. From 2005, the focus moved entirely to breeding and trading. In 2006, Eminent joined the Best Fresh Group. 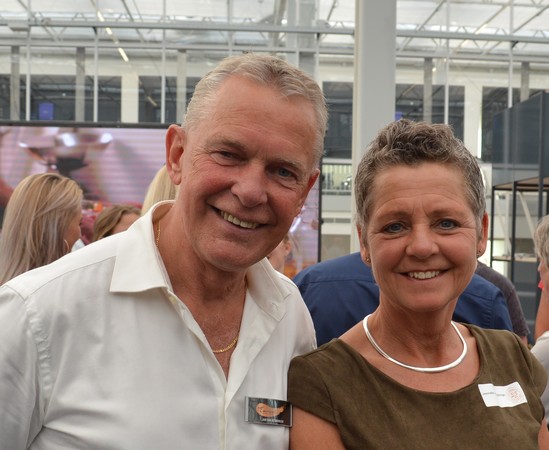 Tinkerbell and Tomberry
At the 35th anniversary, Eminent's history was already looked back on in ample detail. Jan: "In that anniversary year, we also agreed that I would say goodbye at the end of 2022. It's nice to be able to choose that date myself while I'm still healthy." In recent years, Jan was already steadily winding down his activities at Eminent. Now that he is truly retired, he firmly intends to let his successors do their job. "I have resolved not to keep walking around there," he says.

In the extra free time that Jan now gets, he will, as mentioned, be giving advice on behalf of PUM to growers in developing countries. In doing so, Jan can boast of his experience as a grower but also as the man who set up the specialty vegetable market himself. Worldwide, Eminent is known for such products as the Tinkerbell, a baby block pepper, and the Tomberry, the world's smallest tomato.

Cycling
Jan will also free up time for hobbies. One of them is cycling. Together with his wife, he has already cycled to Santiago de Compostela, and a 3,300-kilometre trip from Katwijk to the Black Sea is planned for next summer. "It has become a new hobby of ours. We are going to cycle the Limes route in one piece."

Want to contact Jan? You can do so at: jan.van.heijningen@pum.nl