Innovation in horticulture brings SeaSun and the Plantalyzer together

SeaSun has long invested in innovative developments in greenhouse farming. Driven by the ambition to deliver ever better performance, SeaSun started with the Plantalyzer®. Therefore, it is the perfect location to give the Plantalyzer the ability to collect data for the most accurate crop estimation. Andreas Hofland, General manager HortiKey, is excited about the partnership he has entered into with Jozua Lagendijk, managing director of SeaSun. 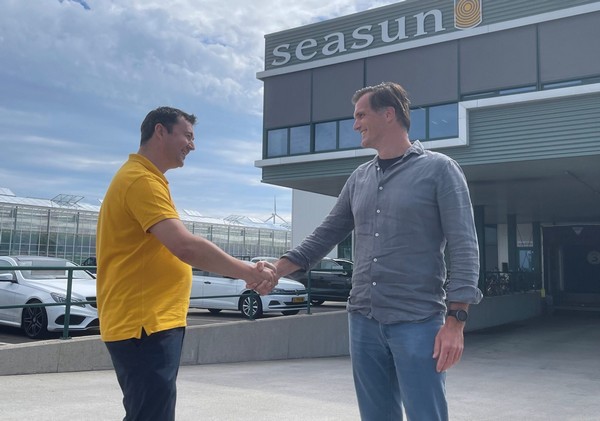 Founded some 82 years ago, SeaSun is at the forefront of its industry. The family business likes to invest in innovative developments that play in greenhouse horticulture. Among other things, SeaSun has a demo greenhouse where they can test new developments in practice. It is a relatively large company where 600 employees enjoy working every day. SeaSun has a 63-hectare greenhouse at one location in Kapelle. Here they grow, among other things, snack tomatoes, loose tomatoes, and cherry plum tomatoes. Seasun sells its own product. "The lines between sales and production are therefore short. This is precisely why we are aware of the great importance of accurate harvest forecasts. With the Plantalyzer, we expect to take this to a higher level in the company," said Jozua Lagendijk.

"SeaSun was looking for new developments in the field of Robotization, and we ended up at HortiKey as such. After some constructive discussions and testing, the cooperation started. Of course, we ultimately hope that the results will be above expectations and that the Plantalyzer performs the harvest prognosis better than humans," said Jozua.