The weather has been a decisive factor in this year's Spanish lettuce campaign. "We have a widespread overproduction because of the atypical high temperatures at this time of the year. In addition, we estimate that we are about 15 days ahead of our Iceberg lettuce program. We only produce organic products, but we see that the producers of the conventional product are having the same problem." 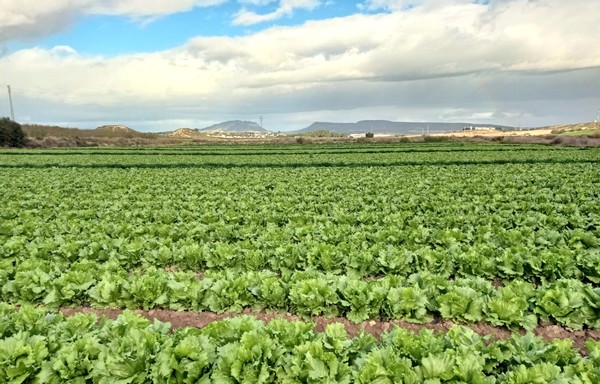 "We currently have a very big volume because the campaign, which normally peaks this week, peaked last week. In addition, we had scheduled a greater production to avoid any failure with our customers," stated the commercial director of Camposeven, Luis Miguel Valero.

Weather conditions have also influenced the caliber of Iceberg lettuce, as the varieties planted for this date are designed and adapted to a lower temperature range, so the product has developed more than expected. "The average caliber we are harvesting is between 7-8. This makes things worse when we have a higher supply because having larger calibers means that we use fewer pieces of lettuce per box. This is all due to the weather and could later lead to a gap in the market if there is a production cut due to the cold," stated Luis Miguel.

"It's hard to conclude if there's too little demand or too much supply right now"
The uncertainty generated by these unexpected volumes is accentuated by prices that, as Luis Miguel Valero stated, are not in line with the production costs in this campaign. "Our organic Iceberg lettuces are around 7-7.50 euros per 10-piece box, while the conventional product stands at about 5.50 and 6 euros. However, production costs have increased by 25-30% this year for everyone." In addition, the market is not absorbing the current supply as there is a downward trend in Iceberg consumption, Luis Miguel stated.

"Two parallel phenomena are occurring: on the one hand, Iceberg lettuce is being replaced in general by other types of varieties, such as mini-Roman or Little Gem; and on the other hand, we also see that large companies that made a conventional product have switched to organic production taking a part of the market share. It's hard to know if there's too little demand or too much supply right now. I think that it's a combination of both things. What we are seeing is that we have fewer product requests than in other years. "

"We also make IV range products with organic Iceberg lettuce. Their sales are doing better than the fresh product, but they are not as good as in other years."

"The mini-Romaine is eating up the Iceberg and the Little Gem"
In addition to the Iceberg variety, Camposeven, which has been committed to the biodynamic cultivation of its leafy vegetables since 2011, specializes in the production of mini-Romaine lettuce, a specialty that it offers consumers from all over Europe each season. 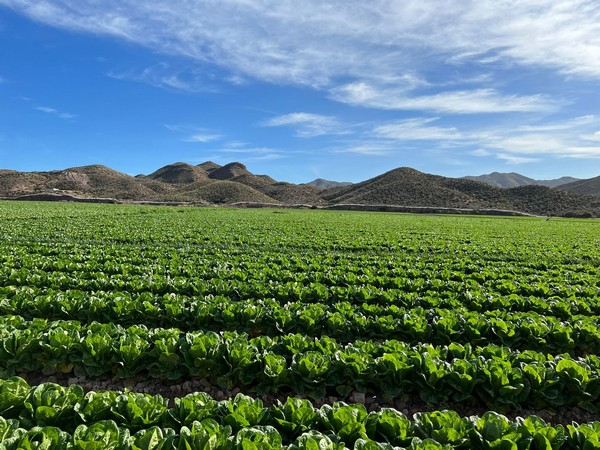 "Unlike the Iceberg, the mini-Romaine is a product that is experiencing an upward trend, eating away at the market share of the Iceberg and Little Gem varieties. As with Iceberg lettuce, the companies that made conventional products have moved to the production of organic mini-Romaine, and there is a greater supply in the market. However, since demand is going up, the increase in supply is not as noticeable."

"Its production is also ahead of the program, and we fear that there may be a gap in the market when the weather turns cold and stops production, or even with the continental campaigns because our campaign could end sooner than we had planned."