Family business: growing tomatoes in greenhouses for over 60 years with an eye on innovations

Gertjan van der Spek's family has been growing tomatoes for over 60 years. His father set up their first greenhouse in 1960. Thirty years later, Gertjan started to help his father with cultivation every day after school. Little less than ten years passed, and Gertjan followed his father's steps, though in his own way. In 2000, he started his own company, Solyco, and his father started working for him. "Today, he is 82, and still works at the company for 20 hours a week," Gertjan chuckles. Over time, he built 3 greenhouses, where he grows tomatoes.

Gertjan comes off as someone who isn't afraid to bet on technology and to take on investment if the trade-off is worth it. "I was interested in LED lights for a very long time," he says. "When I started my own greenhouse, I looked into getting an LED light system in the facility. Yet, the cost barrier back then was just too high and just didn't make sense." As time passed, however, LED technology kept improving, and with that, the cost barrier started going down and down. 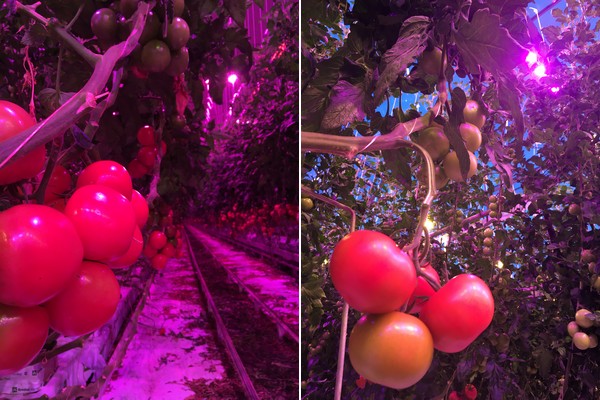 Adopting LEDs
But that wasn't the only thing that Gertjan was waiting for. "The first good LEDs that came out were 600-700w LEDs," he says. "And if you had to switch that with other 1000w SON-T lamps, you'd then get less yield. But in 2020, MechaTronix released a 1000w, passive-cooled LED grow light. In this way, I wouldn't only get a higher yield and save on energy, but at the same time I could easily switch 'plug & play' the MechaTronix lamps with our SON-T." So, for two of his three greenhouses, Gertjan installed a hybrid lighting system composed of MechaTronix 1000w LEDs and SON-T lamps. "Due to the positive experience with MechaTronix in 2020, their open communication, and their positive added value view to my needs, we were more than confident to do our 2nd lighted greenhouse also with MechaTronix as our reliable partner in 2021. Here we have replaced 50% of our son-T lamps and now realizing 185µmol/m²s LED grow light only. With the actual energy crisis, we are very happy to run only at the LED, so the additional 100µmol/m²s son-T is still available and can, in certain circumstances, still be used. It's important for us to use the best LEDs in combination with the SON-T. We found that this provides the best 'flexible' combination for us and keeps our operational cost down." From the beginning, Gertjan has chosen to add approximately 5% green/white in his LED recipe. This is more convenient to work for the people and to pick the tomatoes. All LED grow lights are also placed in a wireless network, each light zone is dimmable, and this brings again flexibility as a grower and company owner. 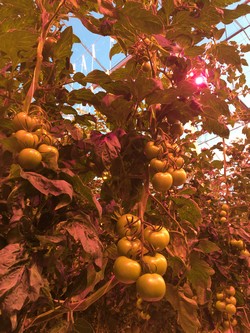 Coping with the skyrocketing energy prices
That was particularly important for Gertjan, especially during these times of energy crisis. "It's always crucial to look at how many lights you put per square meter and precisely calculate how many micromoles you need to achieve a certain result. When the energy price started spiking, we reduced our light, and we saw we didn't get enough. So this year, we have changed the amount of light we get per square meter."

At the same time, that wasn't the only thing that Gertjan had to adjust to better cope with the upcoming winter. "For instance, we have invested in additional screens to better maintain the heat inside the greenhouse," he explains. "And two years ago, before the crisis, we invested in solar panels too."

Always eyeing innovation
To up the efficiency of his operation, Gertjan is eyeing more innovations in the horti space. "We have always been early adopters, as I always want to improve the overall efficiency of my greenhouses. Installing the 1000w passive-cooled LEDs by MechaTronix is just an example, and the results we get are a demonstration that it was the best decision. We are also looking at robots, as many things are going on in that space. Yet, they are still too slow and too expensive for what they offer, but I'm looking forward to the time when they'll be a viable option." 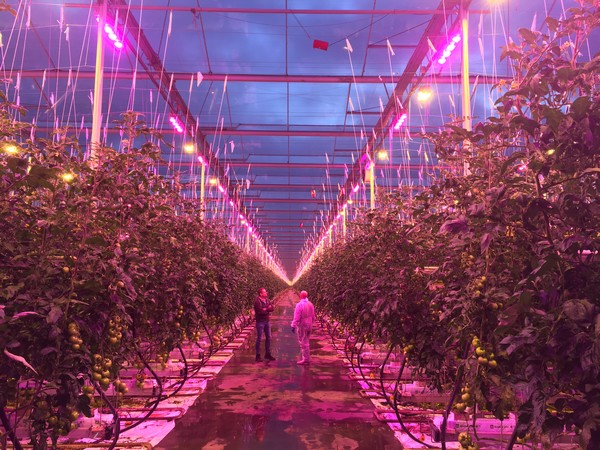 Probably it won't take that long, and perhaps Gertjan's son will have an autonomous greenhouse full of LEDs and robots. "He still has to work for six years, and he's interested in joining the company. But I don't want to push him, I leave him free to choose what he likes," he chuckles.