“We might be one of the largest vegetable producers in Korea currently, supplying the major retailers and food companies. Our B2B business model of supplying big food companies in Korea helps us to stay upfront,” says Yong Park, Global Business Operations at PlantTFarm and Chief Marketing Officer at Farm8.

Besides that, Farm8 supplies online and offline retailers, including fast-food franchises such as Shack Shack Berger and Burger King. “Since we’re developing, packing, and distributing everything ourselves, it allows us to be super flexible towards clients.” At the moment, the company is distributing ready-to-eat salads, which can be purchased from convenience stores. 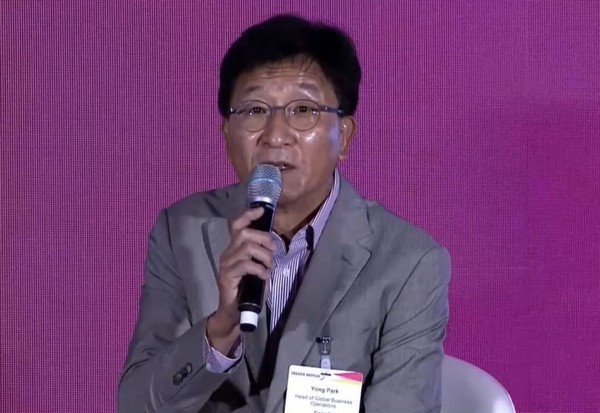 Yong Park at the Indoor AgTech 2022

Farm8, a South Korean agtech based in Seoul, is the brand of vertically farmed produce sold in stores throughout the country. Whereas, PlantTFarm’s role is developing vertical farm systems, building and operating them, and producing veggies. PlantTFarm’s farms are supplying the produce to Farm8 to have constant produce.

A steady business model split up three ways
“We have a really unique business model, I’d say. We have three different types of models to generate income.” As Yong elaborates, first is the income of the vertical farms PlanTFarm designs and operates, of which the produce is sold to off-takers.

Secondly, the company is working with partners that bring in the money to construct farms built and operated by PlanTFarm. In this way, the company shares its hardware and software to optimally grow vertical and eventually supply these greens to Farm8.

Thirdly, small farmers or investors that are interested in growing vertically can be educated by PlanTFarm using the systems. As well as learning the requirements in terms of quality for the outgoing produce. 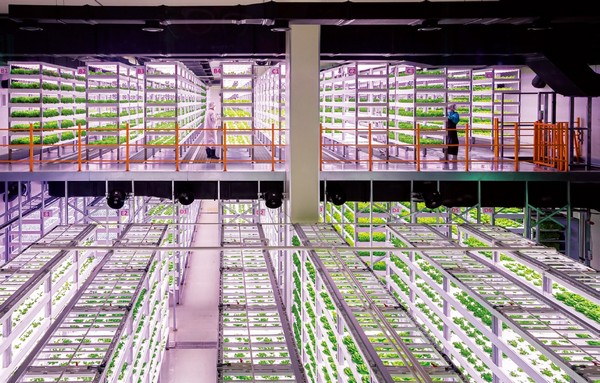 “We need a lot of vegetables, so it’s great stimulation for farmers to move from traditional to indoors. They will always have sales since they can supply the produce to us. It used to be less than 10%, but our target is to ensure that 50% of our vegetables are cultivated vertically.

There are five large-scale farms directly operated by PlanTFarm constructed in Korea that have been supplying large amounts of supply for its clientele. The largest one is 5000m2. In total, PlanTfarm has constructed more than 75 different farms in Korea. 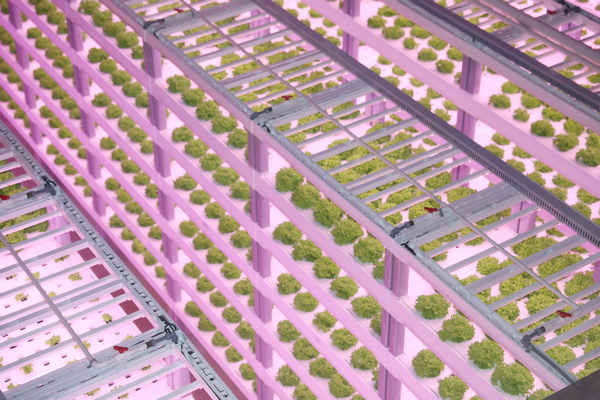 Coming back to Korea after spending time in Silicon Valley for a start-up, he was introduced to Farm8, of which the mother company is PlanTFarm.

Yong’s role is really to expand the business globally. As he notes, it’s really hard to get proper quality produce throughout the year, which makes vertical farm products a perfect proposition. 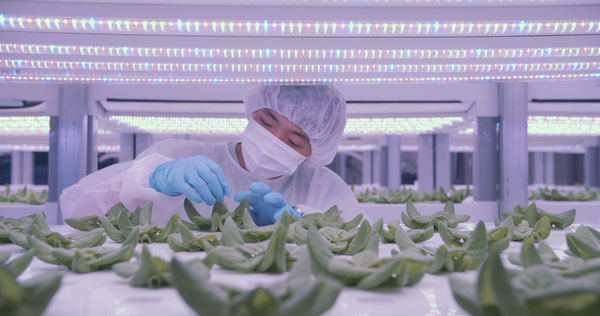 Opportunities in the Mongolian and Southeast Asian market
The company has established a joint venture in Mongolia which is called Premium Novelty, partnering with Premium Group, which owns one of the largest convenience store chains in Mongolia. The partnership is set to build a vertical farm in Mongolia, collaborating with the convenience store chain distributing the vegetables. Yong describes the Mongolian market as fruitful for PlanTFarm, due to their small range of fresh vegetables year-round.

“We want to contribute to the consumers by creating easy access to high-quality fresh vegetables and increasing that number. Not only limit themselves to potatoes, sweet potatoes, root vegetables, and little spinach and lettuce, which are not abundant. Building our operations there will allow for local and fresh products year-round. We’re basically creating a new vegetable market for consumers,” Yong affirms.

Given there are two different types of vegetable supplies, either from the greenhouse, which is seen as premium, and the imported produce from China. “Though, we’ve found that the Mongolian consumer is concerned about the quality of vegetables coming from China as these may contain a large number of pesticides. Another big win for us is to supply pesticide-free and local products.”

Yong pointed out that they have two farms coming up, one nearly completed in Kuwait. Besides that, they have a joint venture with Pure Harvest, promoting vertical farming in the Middle East with vertical- and greenhouse farming combined.

Although South Korea is a small country, Farm8 aims to stay number one domestically. There are many opportunities in vertical farm technology. “I believe that all countries that use vertical farms can use them for different reasons, such as the middle east, Mongolia, and Southeast Asia. 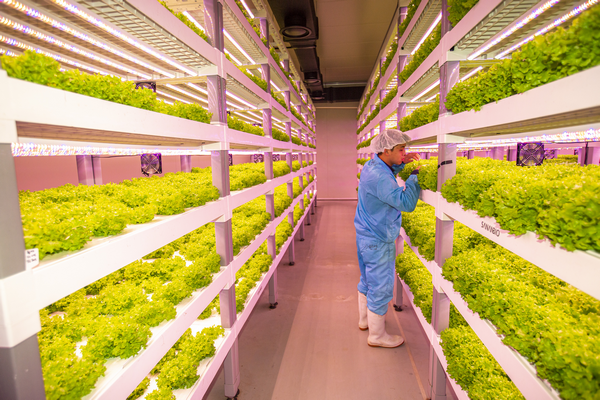 New product range added
Today, only vegetables are cultivated at the PlantT farms. However, soon that’s going to change. “We’re going to be tapping into berries very soon, which will also be added to the salad mixes eventually. Besides that, mushrooms are also on the list,” Yong adds. However, it doesn’t stop there, as Farm8 is also in talks with cosmetic and functional companies to produce crops that can be processed into end products.

Their largest farm, named T-farm 5, is based outside the city of KwangJu, South Korea, which comprises a total of 5,000m2. This facility provides more than 2,000kg per day to its clientele.