A 1,100 m2 research and production greenhouse at a height of 25 meters

A 1,100 m2 greenhouse is located on the roof of the Altmarktgarten in Oberhausen, where approximately 16,000 heads of lettuce, 14,000 pots of herbs, and 150 kilos of strawberries are produced annually. During an excursion on the occasion of DOGK 2022, Wolfgang Grüne, managing director of Exner Grüne Innovation, guided participants through the research and production facility, which is supported by Fraunhofer UMSICHT, among others. "Climate data can be recorded via our outdoor weather station, i.e., wind strength, wind direction, precipitation, humidity, etc., which in turn are stored in the greenhouse's climate computer," Grüne explained. 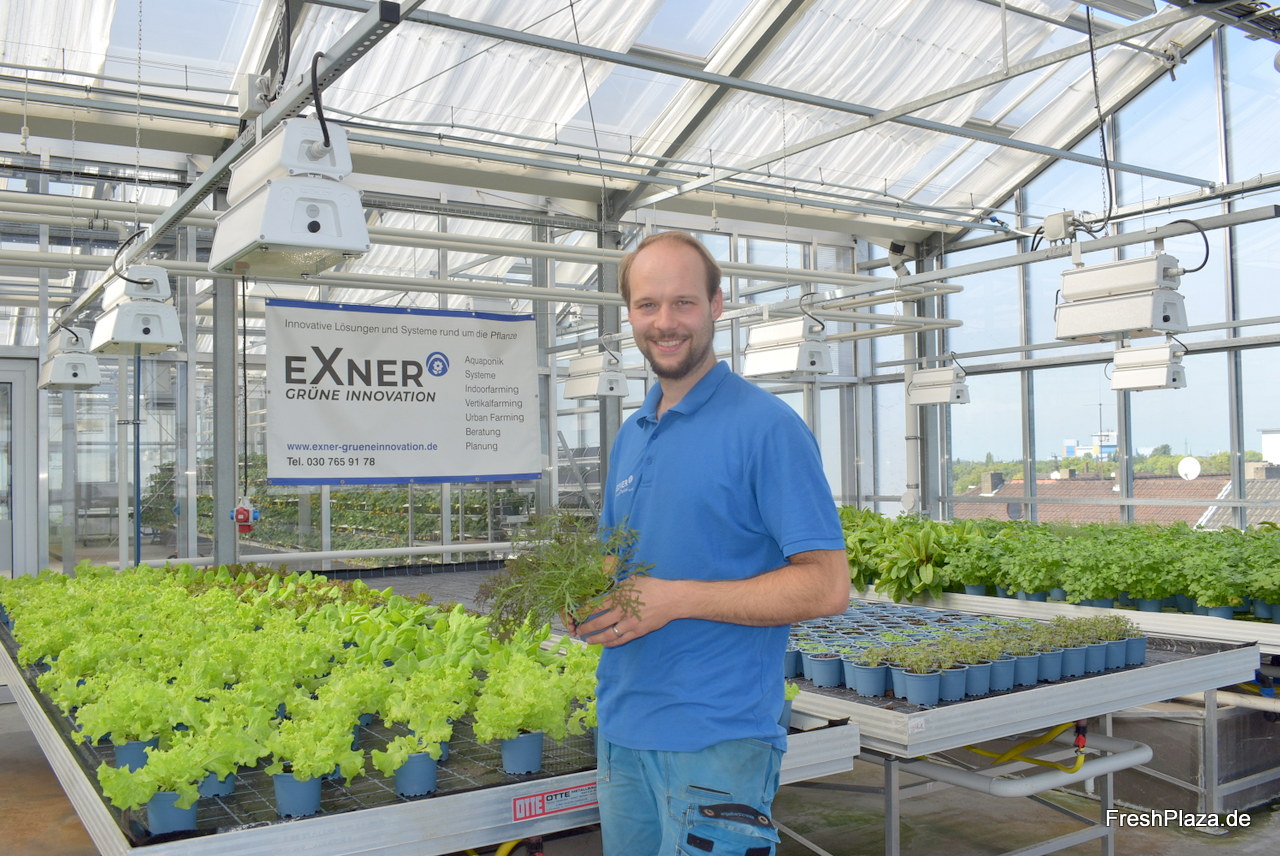 Wolfgang Grüne at the Altmarktgarten in Oberhausen, Germany.

"Depending on the weather conditions, the integrated system can then decide whether, for example, the windows should be opened from 15 degrees or whether the shades should be closed from irradiation of quantity X. On the one hand, light can be reflected and transmitted so that it doesn't get too warm. On the other hand, the screen can also be closed in winter to reduce the humidity between the glass and the screen to save on heating costs," says Grüne. 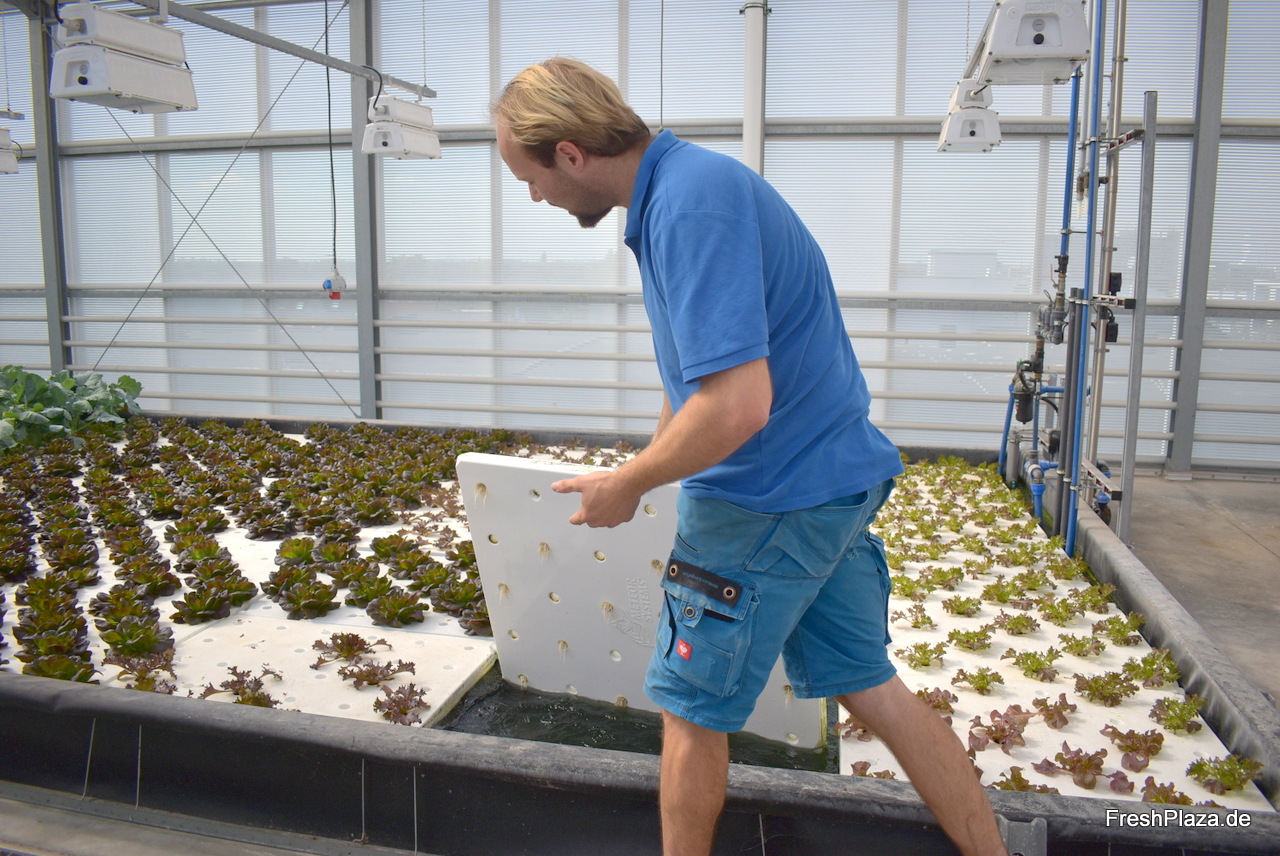 Up to 500 lettuces can be harvested per week using the so-called "raft system" or classic hydroponic cultivation.

Another special feature of this greenhouse is also due to its integration with the lower building. "On the one hand, our floor is heated via the building below us. For another, we can use the exhaust air from the office below us, which is blown into the greenhouse through thick aluminum pipes, which also allows us to save on heating costs," Grüne said.

Microstructured window panes
The greenhouse has both normal, clear window panes and milky, so-called microstructured panes. Grüne: "The microstructured glass refracts the light very strongly and allows it to penetrate through every single crack. For crops like tomatoes and peppers, that can make a significant difference in yield. Another point is that birds can tell that this is an enclosed space and won't fly into it." 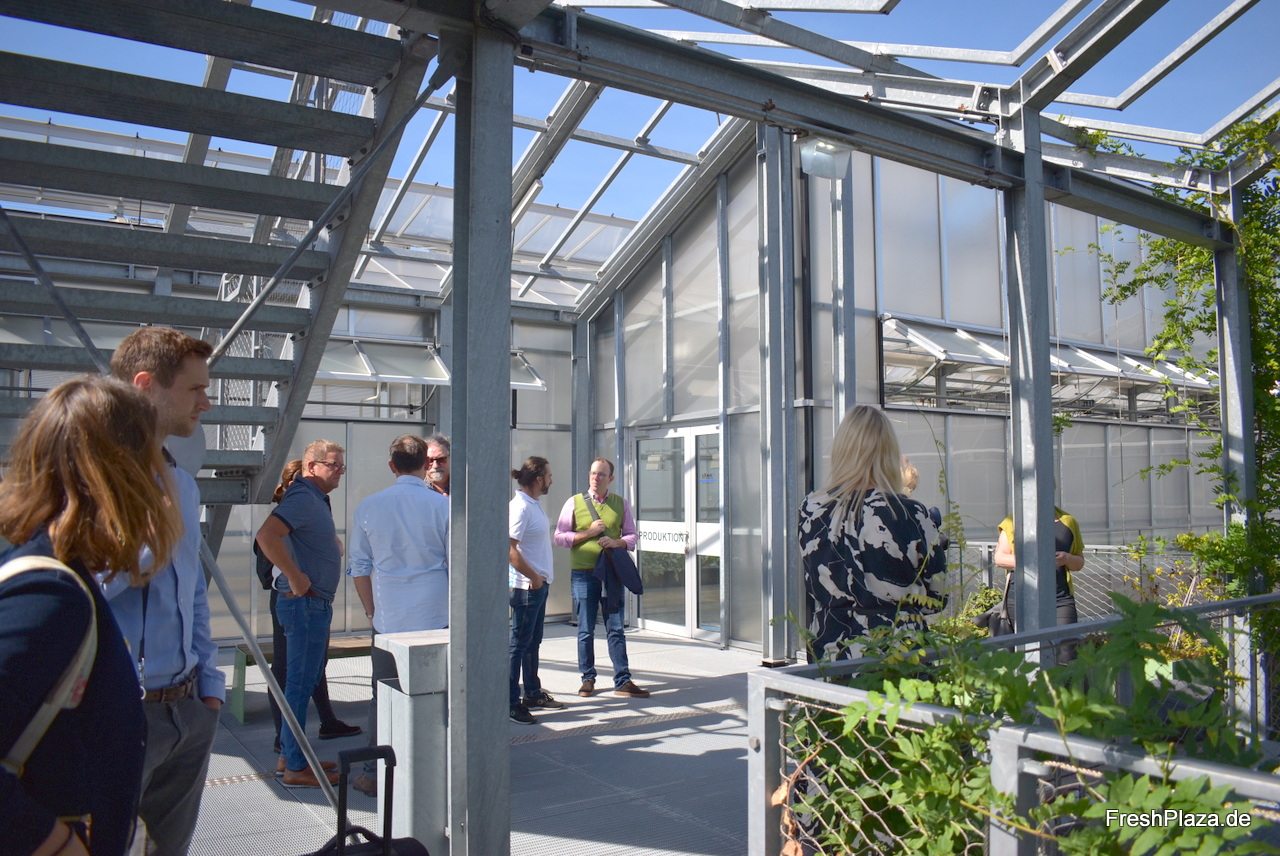 The greenhouse is heated by the heat obtained from the city's waste-to-energy plant.

Strawberries grown in the greenhouse are from the so-called remontant Florentina variety, which is in bloom throughout the year and produces its fruit accordingly. This means that strawberries can be harvested through October/November. Despite the altitude, they do have problems with spider mites, white flies, powdery mildew, or cherry vinegar flies as well.

"About 20 cubic meters of rainwater is stored in the basement. Via a pipe running through the building, the water is mixed into a fertilizer mixer along with a complex nutrient stock solution until a certain value is reached and passed on to the plants. The control cabinet allows the system to be operated both automatically and manually."

So far, the produce harvested from the Altmark garden has been sold to local restaurants and catering companies. "We are currently also getting certified by QS so that we can also supply the produce to food retailers if necessary," Grüne said.