"Growing the future of agriculture at the University of Georgia

Next time you sit down to a crisp, green salad, take a moment to think about where your leafy greens come from. Traditional agriculture is highly weather dependent, and many producers of high-value crops are shifting over from field production to controlled environment agriculture. That is where the University of Georgia’s Marc van Iersel comes in, the Vincent J. Dooley Professor of horticultural physiology in the UGA College of Agricultural and Environmental Sciences.

In his 27 years at CAES, van Iersel’s horticulture research has focused on developing sustainable and cost-effective ways to ensure that crops get the amount of light they need to grow. 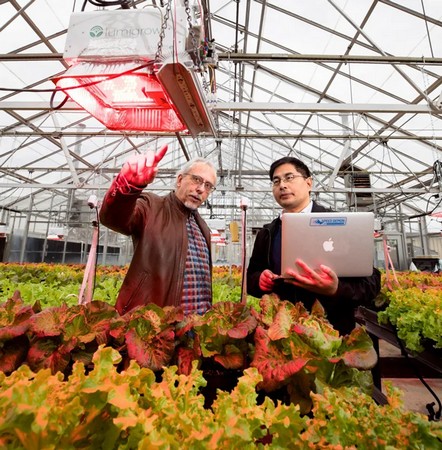 Responding to climate challenges
“One of the reasons a shift is happening is that 90% of all leafy greens produced in the United States are produced in California and Arizona. That area is in a megadrought, and there is no end in sight. Because of this, they may not really be able to have water available to grow the crops in what is essentially a desert,” van Iersel said. Controlled environment agriculture is appealing to producers who are “looking for production systems that may not use as much water in controlled conditions where you can get predictable, year-long production.”

“The greenhouse has to respond to weather conditions changing all the time,” he said. “You have shorter fluctuations from morning to afternoon to evening and year-long fluctuation in many parts of the United States in winter. You need to adjust to it.” 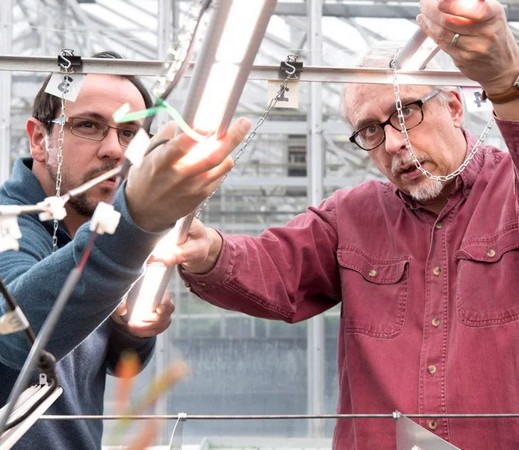 Eric Mattos (left) and Marc van Iersel, co-founders of Candidus, adjust plant growth lamps in a horticulture greenhouse, where they are testing their lighting technology on various crops. (Photo by Dorothy Kozlowski/UGA)

Based on his research, van Iersel co-founded Candidus — an agricultural technology company — in 2017 with Erico Mattos, who received his doctorate from UGA in 2013. The company provides lighting control systems that use a compact, powerful industrial microcomputer to monitor light sensors, calculate optimal lighting conditions, and control the lighting in controlled environment systems via a local Wi-Fi network.

The partners initially developed a system that responded to real-time levels of sunlight, but van Iersel refined the design with electrical engineers. 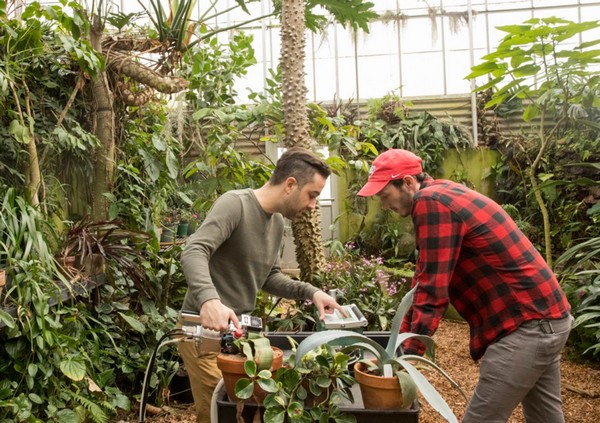 Predicting sunlight
“We’re focused on control algorithms where we can now predict the amount of sunlight we will likely get for the rest of the day, which helps us make better decisions on how much light we want to provide,” he said. “We also developed algorithms that allow the lighting system to respond to changing electricity prices. You don’t have the same electricity price over the course of the day. I believe the latest estimate from the Department of Energy has the United States spending about a billion dollars a year on electricity to provide light for crops that are grown in controlled environment agriculture.”

The responsiveness built into the Candidus algorithm has a significant effect on growers’ return on investment. “You make a system that cuts the cost by 20% overall, and that makes a critical financial difference,” van Iersel explained.

Among the most challenging parts of the work is convincing growers who have operated in a certain way for decades that a new system can provide real value to them. “Many are reluctant to change things, but some growers love trying new ways,” van Iersel said. “When you see more people doing well from trying something out, then you tend to feel more comfortable.” 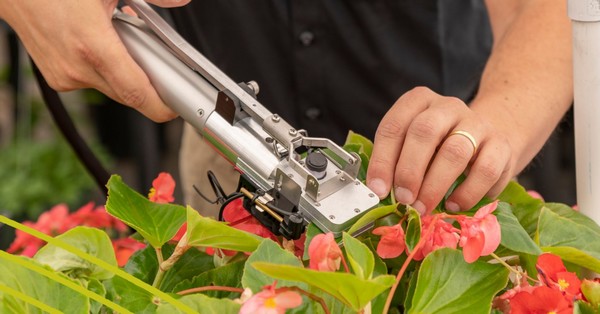 Managing hydroponic systems
Horticulture researcher Rhuanito Ferrarezi was hired as an associate professor of controlled environment agriculture at CAES in August 2021 to leverage his expertise in production to help strengthen research capacity in CEA. The main focus of his work involves improving irrigation, nutrition, and cropping systems in CEA, focusing on vegetables and ornamentals. 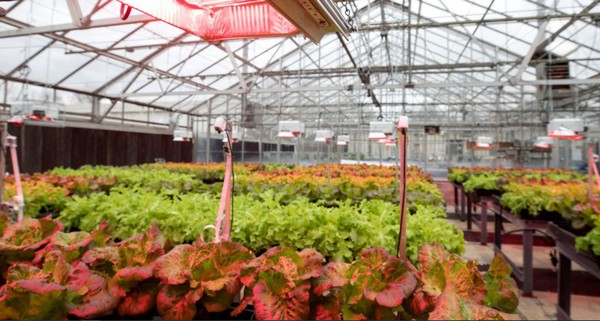 ‘Like a blood test for a plant’
One of the innovations Ferrarezi is working on is related to sap analysis, which uses leaf or soil substrate sampling to determine the nutrient content in plant tissue.

“It is like a blood test for a plant,” he said. “We provide a snapshot of what is going on with the crop over a growing cycle. In a controlled environment, we have the ability to grow a crop quicker than out in the field. We can actually monitor the nutrient content inside a plant in real-time, and growers can either increase or decrease the fertilization based on those results.”

Ferrarezi believes that industry interest in CEA will continue to increase.

“They are looking for ways to fine-tune production, and controlled environment agriculture can help lead the way,” he said. 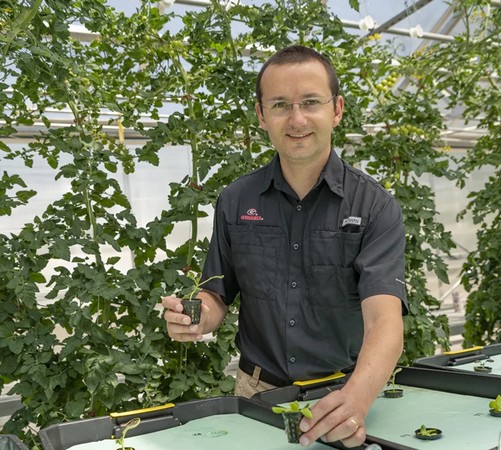 University of Georgia
College of Agricultural and Environmental Sciences
www.discover.caes.uga.edu