Anyone calling Gerrit Drankier these days has a good chance of him answering with: 'Hola, cómo estás?' After all, Gerrit has been living in the southeast of Spain for a year and a half. He has had a house there for some time. With his emigration, Gerrit took his more than 40 years of experience in horticultural fencing with him to Spain. He now puts that knowledge to use for Spanish growers. He has a special screen system to offer them, about which he and his employer SchermNed are very enthusiastic, namely the ValkPoly+ system. 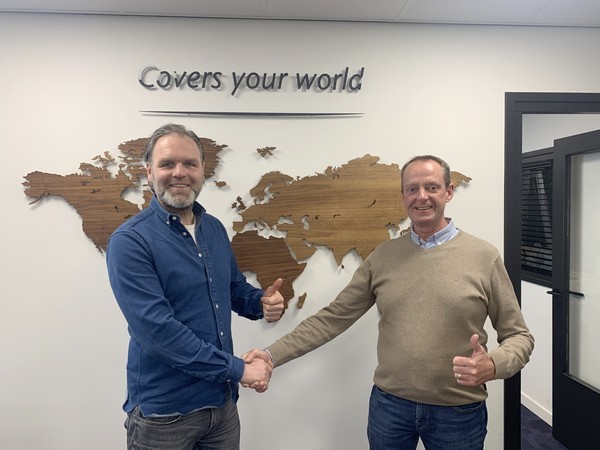 Climate screen
In Spain, Gerrit encounters many foil greenhouses, as is actually still often the case everywhere outside the well-known high-tech greenhouse areas. As such, it is a huge market. "Jack wanted someone who could approach that market on behalf of SchermNed. There is a nice package available from the Netherlands, including a special drive motor for foil greenhouses. However, you still don't come across many screen installations in foil greenhouses. I, and many Dutch parties with me, believe in the possibilities for screens in foil greenhouses, judging by the systems that are already available."

Gerrit started working for SchermNed in March this year, "I have actually been convinced all my life of the possibilities that a climate screen offers growers. In the Netherlands, we talk a lot about energy screens, but I like to talk about climate screens. In my opinion, growers should use a screen precisely to create a climate, including in foil greenhouses."

Screening out sunlight
In Africa and elsewhere, Gerrit does know of situations where screens are already being used somewhat more frequently in foil greenhouses. "There, in Kenya and Ethiopia, for example, you have a lot of chrysanthemum growers where a screen is really necessary to make a short day. Growers there screen out the sharp light to preserve good flowers. In Spain, you see it very little for ornamental crops. It is a little more common in vegetables, however. Growers there regularly put in their own screens, but without automatic drives and the like. Not all greenhouses are suitable for this." 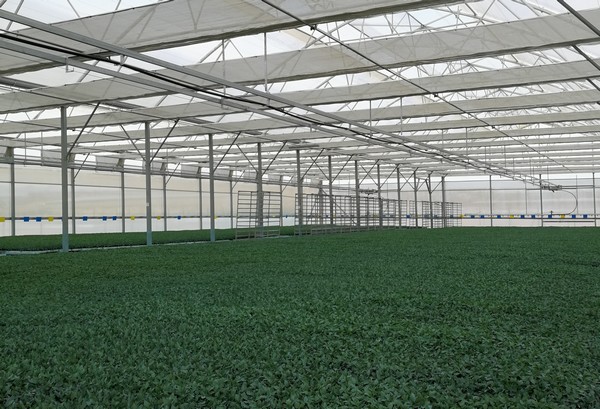 The ValkPoly+ system, with which SchermNed sees opportunities in Spain and elsewhere, makes the installation of a screen in a foil greenhouse easier. "The system is very flexible and especially easy to install. Variable clamps and brackets help with that, for example. It's all well thought out, and that gives an advantage when mounting. Meanwhile, qualitatively it is still a very good screen system."

Since foil greenhouses do not have lattice trusses, an alternative suspension system has been thought out with the ValkPoly+ system. The system also takes into account the lower load capacity of the end walls in a foil greenhouse. In the photo from left to right: wire guide block, profile, and shape profile

Look for quality
Gerrit, together with SchermNed, believes that there is still a lot to be gained from screen installations in foil greenhouses. "You can do a lot more with them than growers often do at present. If growers look beyond the sharpness of light screening, they can make a good return on a screen installation. I am convinced of that. For example, a screen can also help cool the greenhouse climate slightly and extend the season. This allows growers to grow products of even better quality."

The experienced screen specialist points out that ten years ago, even in high-tech markets such as the Netherlands and Belgium, there was still a lot of learning involved in using screens. "I can still remember that once, despite the presence of a double screen in the greenhouse, a grower was still going to coat the greenhouse deck. Some viewed this in as strange, but he had been smart. The grower prevented nose rot with the intervention, compromised slightly on production, but gained much more on quality." 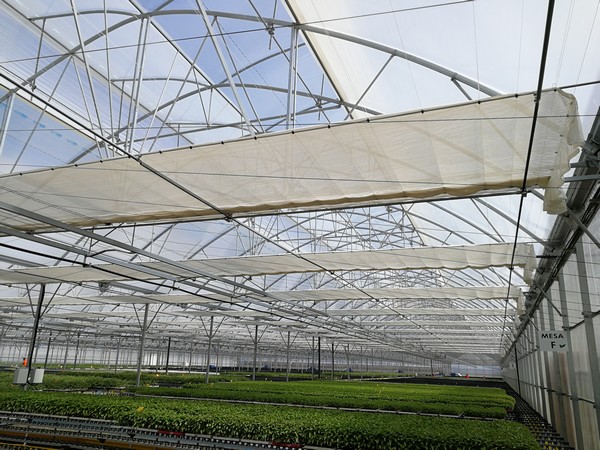 Examples
Just as growers in glass greenhouses can now no longer avoid screens, the same can be done in foil greenhouses. Gerrit wants to use the example to say. "You can already see the first foil growers with greenhouses in Spain working with screen systems based on the Dutch model. Sometimes they are also already putting in diffuse screen cloth, with coating on top of that. Other growers will start to see what this makes possible with those growers."

On gauze, another product they can handle at SchermNed, they are not betting on the foil greenhouse market specifically. "With the mesh systems they work with here, we now offer little added value technically with our convection mesh systems." More screens first. "Jack, fortunately, has more patience than me," Gerrit laughs. "All the lines have been set. We have a van driving around here and made our name known. Every day you learn. We are busy gaining a foothold. We have beautiful systems to offer. I am sure that if you put something good away in these markets, the grower sees what it brings, and you can also offer good local service, then you have a right to exist, even in this market."