One out of every three kilograms of food in the world is wasted. "Hence, preventing food waste is equally important for the climate as reducing the consumption of meat," says Toine Timmermans, program manager of sustainable food chains at WUR.

Timmermans' eye was drawn to a remarkable quote on reducing food waste in a press release from the Dutch Academy of Food Sciences. The quote read: "The environmental benefits are limited, but there are no drawbacks either." The press release claimed that reducing the consumption of meat would, indeed, make a difference. The article quoted Vrije Universiteit Amsterdam professor of Nutrition for a Healthy Life, Ingeborg Brouwer, as saying this during a public lecture titled 'Healthy Food for a Healthy Planet.' 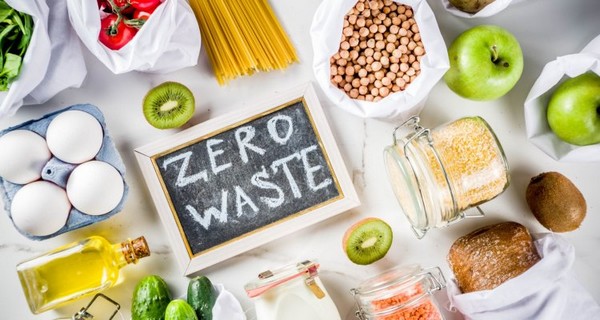 How much do we waste?
The FAO (the United Nations Food and Agriculture Organisation) estimated in 2019 that 14 percent of the food is lost even before reaching the (super)market. This percentage is slightly higher for fruits and vegetables and slightly lower for animal products. "The environmental impact of animal products is, however, much higher, as animals require land to graze and the remainder of their feed is cultivated," says Timmermans.

Food is not just wasted on its way to the consumers; there is also considerable food waste once the food reaches the consumer. Households, restaurants, and shops waste no less than seventeen percent. This amounts to 74 kilograms per person per year, regardless of the country's level of wealth. All in all, the FAO estimates that on a global scale, 33 percent of all food is wasted. The WWF (World Wildlife Fund) even calculated 40 percent in 2021.

The profit of less waste
If the environmental benefits of less food waste are small, as Brouwers suggested, the wasting of this amount of food would barely impact the environment. "And precisely that is the issue," says Timmermans. "According to the 2020 IPCC climate report, food systems are responsible for one-third of the world's greenhouse gas emissions. This, the IPCC estimates that zero waste would lead to a reduction in emissions of between eight and ten percent. Each kilogram of food that is not wasted benefits the environment one hundred percent."

Less meat versus less waste
Still, reducing meat consumption is frequently seen as the key solution, says Timmermans. Eating more plant-based food requires less land, prevents deforestation, and reduces greenhouse gas emissions. Timmermans: "A lot of attention is focused on this solution, but it is only part of the whole story. Reducing food waste contributes in equal part. Because every kilogram of food that is not wasted does not need to be produced, thus saving resources and land. This is less well known."

On the right track
Food waste is to be reduced by half in 2030 according to one of the United Nations' Sustainable Development Goals (SDGs). Across the globe, countries work to reduce losses during the harvest, transportation, and processing of food products and to raise awareness among consumers on their individual responsibility in combatting food waste. In the Netherlands, the supermarket sector reduced its losses from 1.7 to 1.6 percent between 2018 and 2020. Food waste by consumers has dropped 29 percent since 2013. Timmermans: 'Actions are being taken, but there is much room for improvement. During the Food Waste-Free Week from 12-18 September, we aim to have all of the Netherlands buy, cook and store their food waste-free. A simple act for a better climate.'