A Policy Forum article published this week in Science calls for a new approach to regulating genetically engineered (GE) crops, arguing that current approaches for triggering safety testing vary dramatically among countries and generally lack scientific merit – particularly as advances in crop breeding have blurred the lines between conventional breeding and genetic engineering.

For example, when dealing with varieties made using the powerful gene editing system known as CRISPR, the European Union regulates all varieties while other governments base decisions on the size of the genetic change and the source of inserted genetic material. Meanwhile, in 2020 the U.S. Department of Agriculture established a rule that exempts from regulation conventionally bred crop varieties and GE crop varieties that could have been developed by methods other than genetic engineering. One of the co-authors of the paper is Ken Giller, professor in Plant Production Systems at Wageningen University & Research. 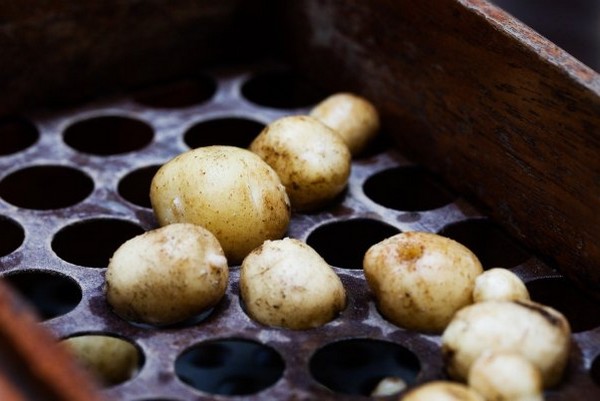 Rather than focusing on the methods and processes behind the creation of a GE crop to determine if testing is needed, the paper asserts that a more effective framework would examine the specific new characteristics of the crop itself by using so-called “–omics” approaches. In the same way that biomedical sciences can use genomic approaches to scan human genomes for problematic mutations, genomics can be used to scan new crop varieties for unexpected DNA changes.

Additional -omics methods such as transcriptomics, proteomics, and metabolomics test for other changes to the molecular composition of the plants. These measurements of thousands of molecular traits can be used like a fingerprint to determine whether the product from a new variety is “substantially equivalent” to products already being produced by existing varieties– whether, for example, a new peach variety has molecular characteristics that are already found in one or more existing, commercial peach varieties.

“We are missing so many opportunities,” says Giller, a specialist in agricultural systems, particularly for the tropics. “Not just in crop improvement, but also think about disease resistance. Biotechnology has been used in the past to make crops resistant to herbicides. In this way, genetic improvement enabled farmers to spray more pesticides. But genetic improvement can also be done in the reverse direction, by incorporating resistance to plant diseases, which would help us to actually dramatically reduce the use of pesticides.”

Changing one base pair of DNA can make a substantial difference. “The approaches used right now regulating genetically engineered (GE) crops – which differ among governments– lack scientific rigor,” adds Fred Gould, University Distinguished Professor at North Carolina State University, co-director of NC State’s Genetic Engineering and Society Center and the corresponding author of the paper. “The size of the change made to a product and the origin of the DNA have little relationship with the results of that change; changing one base pair of DNA in a crop with 2.5 billion base pairs, like maize, can make a substantial difference, for example.”

According to the authors, the “-omics” approaches, if used appropriately, would not increase the cost of regulation. Gould: “It’s likely that most new varieties would not trigger a need for regulation. The most important question is, ‘Does the new variety have unfamiliar characteristics?’” The paper estimates that technological advances could make the laboratory cost for a set of -omics tests decrease to about $5,000 within five to 10 years.

Developing a new regulatory framework
Establishing an international committee composed of crop breeders, chemists, and molecular biologists to establish the options and costs of “-omics” approaches for a variety of crops would start the process of developing this new regulatory framework. Workshops with these experts as well as sociologists, policymakers, regulators, and representatives of the general public would enable trustworthy deliberations that could avoid some of the problems encountered when GE rolled out in the 1990s. National and international governing bodies should sponsor these committees and workshops as well as innovative research to get the ball rolling and ensure that assessments are accessible and accurate.