Could correct nutrition make strawberry plants less susceptible to Phytophthora cactorom? In the Netherlands, NovaCropControl researchers are investigating this using plant sap analyses. On Wednesday, August 31, R&D advisor Sabine Robben gave a presentation on this subject. She addressed about 100 interested parties from the soft fruit and ornamental plant cultivation and greenhouse vegetable sectors. 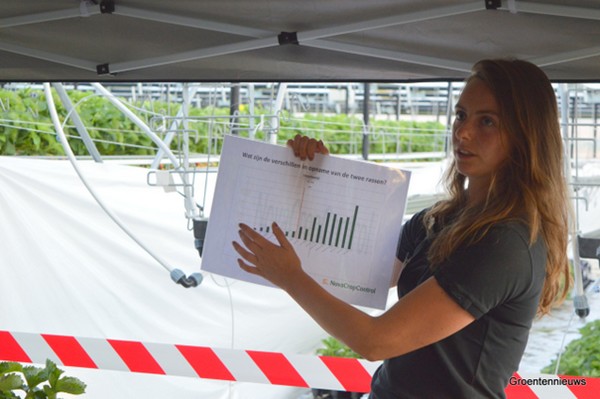 Calcium absorption
Sabine explained that studying Phytophthora is one of the plant sap specialists' five focal points. Phytophthora cactorum is particularly problematic for strawberries. The fungus 'swims', as it were, along with water into the crop and then strikes at weak or damaged plants. That leads to brown discoloration and wilting red leafstalks.

Literature about this fungus includes much about calcium's role in strawberries' feeding schedules. The researchers looked at how this works in practice. They placed cuttings on Petri dishes and tested tray plants in a tunnel greenhouse. The researchers chose one variety that was more resistant to this dreaded fungus, along with a weaker variety.

It quickly became evident that the more-resistant variety was indeed that. And the plant sap analysis showed that the less resistant variety absorbed five times more iron. They used water-soluble nutrients in the study.

Further tray plant tests?
They also noticed that, at a lower EC, the trays plants absorbed nutritional elements more easily. The researchers now want to learn about the moment of feeding and how much calcium the grower provides. Plus, they want to study specific other elements.

Another question is whether the currently used tray plants, some of which, when damaged, show signs of infection but don't fail, will do so once they go into production next year. Plants that bear fruit are far more stressed. 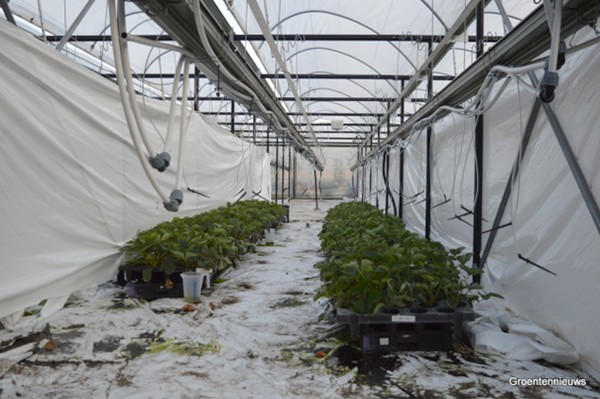 See the general report about the open evening here.